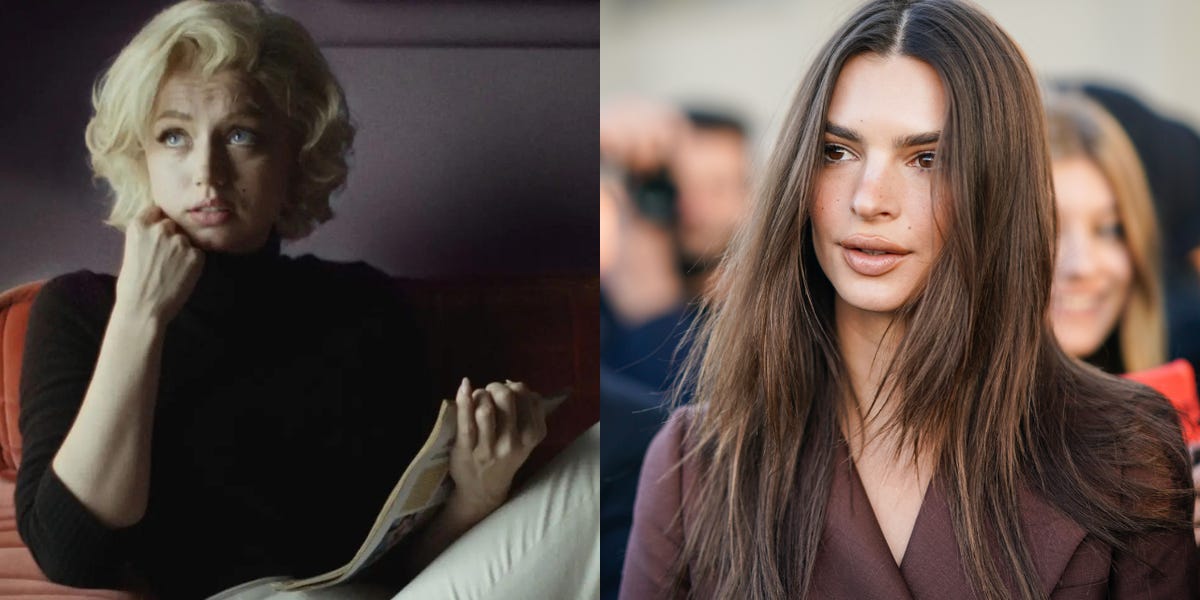 The model and best-selling author shared her opinion on “Blonde,” which debuted on Netflix on Wednesday, in a video that she posted on TikTok on Friday. Ana de Armas plays the lead in the Andrew Dominik-penned, black-and-white movie, which also stars Adrien Brody, Bobby Cannavale, and other actors.

As a fictionalized portrayal of Monroe, “Blonde” is described by Netflix as “boldly reimagining the stormy private life of the Hollywood superstar – and the price she paid for fame.”

Ratajkowski began her TikTok, which as of Sunday had had more than 1.3 million views, by stating that she had “been hearing a lot” about the film but hadn’t yet watched it.

Ratajkowski, 31, said, “I’m not shocked to hear it’s another another movie fetishizing female anguish even in death. We now do it in a huge variety of ways, but I want that to change.

She cites past instances as evidence of how society fetishizes female suffering. She said, “Look at Britney Spears, Amy Winehouse, and the way we obsess over Diana’s passing.

“What might be difficult to fetishize? Anger, “said Ratajkowski. “I already know that I’ll be upset when I watch this movie. However, it’s nothing new, so okay, I’ll simply become mad.”

Ratajkowski is not alone in her disapproval of “Blonde,” which has provoked criticism for its depiction of abortion.

De Armas, who plays Monroe, makes an appearance in one scene speaking to an unborn baby who begs her not to “harm it” as she did the previous time, a reference to an earlier abortion. “This time you won’t harm me, right? not repeat what you did previously? “In the film, the fetus speaks.

In an interview with The Hollywood Reporter that was published on Friday, a spokesperson of Planned Parenthood specifically referred to the incident.

According to Carolyn Spruch, who spoke to the publication, “It’s vital that these images appropriately reflect women’s genuine choices and experiences since movies and TV affect many people’s knowledge of sexual and reproductive health.”

“Anti-abortion extremists have long contributed to the stigma surrounding abortion by using medically incorrect portrayals of fetuses and pregnancy, despite the fact that abortion is a safe, necessary medical procedure. In his latest picture, “Blonde,” director Andrew Dominik uses a talking fetus created using computer graphics to support his argument “said Spruch. She went on to say that it was unfortunate that the writers of “Blonde” decided to support anti-abortion propaganda.

Dominik defended the sequence, telling The Wrap that he believed the anti-choice backlash increased as a result of the movie’s release three months after the Supreme Court reversed Roe v. Wade, a 1973 decision that made abortion legal in the US.

The filmmaker told the site, “I believe kind of this impulse to look at ‘Blonde’ through this Roe v. Wade lens is everyone else doing the same thing. They see “Blonde” as a devil because they believe that women’s rights are being violated, but that isn’t the main issue, according to their agenda.

“I believe it’s quite hard for individuals to step outside of the narrative they carry within themselves and view things of their own choosing,” Dominik said.