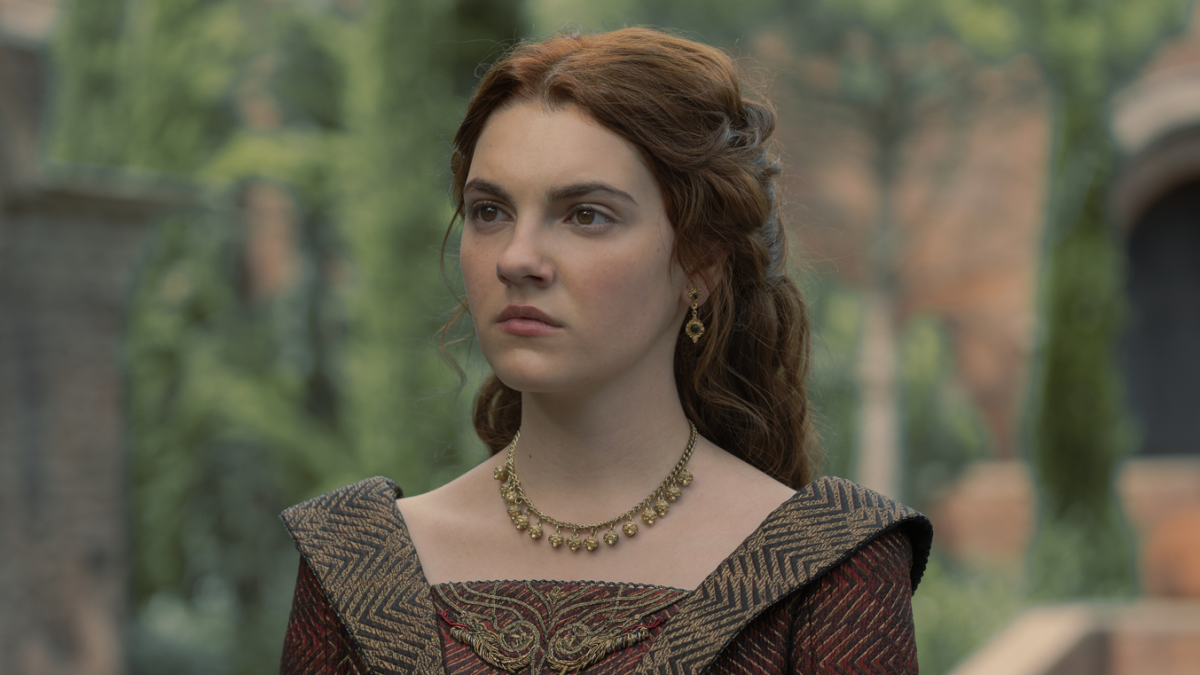 Emily Carey, who portrayed Alicent Hightower in “House of the Dragon,” stated that she was first “in love” with Ser Criston Cole.

Criston (Fabien Frankel) discloses to queen Alicent in the fifth episode of the prequel “Game of Thrones” series that he slept with her friend and stepdaughter Rhaenys Targaryen (Milly Alcock).

Alicent felt betrayed because Rhaenyra had previously lied to her and sworn on her mother’s grave that she had not lost her virginity.

Carey stated in a recent interview with Variety that there is an additional cause for the sentiments of betrayal.

Carey remarked, “She experiences so many emotions at once – a fantastic cocktail of all these things.” “It is the betrayal of the phrase “Hold on.” You slept with him, and you are aware that I am in love with him. That is not right.’ Alicent is all about duty, without exception. With her, it’s always duty versus emotion… I’m delighted I was able to demonstrate how she become such an angry woman. And I believe that scene is a pivotal one.”

She went on: “There is the deceit of saying, “You lied to me.” The subsequent betrayal, “I pledge this to the memory of my mother,” is depicted in episode two alongside their shared trauma. It is something that brings them together. Alicent brought Rhaenyra to the Sept and revealed her emotional fragility, allowing Rhaenyra to see a side of her that she rarely reveals.”

Fans are astonished by the notion that Alicent is “in love” with Criston because “House of the Dragon” has not truly hinted at romantic sentiments between Alicent and Criston.

Alicent and Rhaenyra briefly mention Criston when he appears during the jousting event in the first episode, but there are no more instances where he expresses his passion for the Kingsguard.

Moreover, several fans believed Alicent’s feelings of betrayal stemmed from jealously because of his romantic feelings for Rhaenyra. In the first episode, the two developed a tight relationship, leading many fans to speculate that the characters may be homosexual.

During a roundtable interview, which Insider attended prior to the premiere of the series, Carey stated that when she initially read the screenplay, she felt the characters were “a little bit in love.”

Carey, who is also gay, stated, “I believe any woman might recall her best buddy at the age of 14, and it was a relationship and closeness unlike any other.” You walk the line between platonic and romantic relationships.

Carey and Alcock stated in a later interview with the New York Times that they felt “ready to kiss” following an emotional scene in episode four where their characters reconciled.