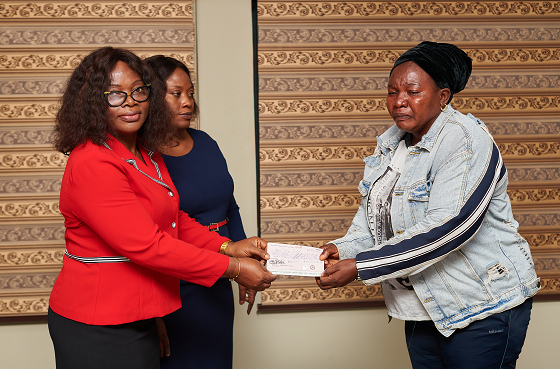 The Permanent Secretary (General Services), Office of the Head of Service Edo State, Mrs. Priscillia Aziegbemhin, spoke on behalf of the Edo State Head of Service, Anthony Okungbowa Esq., who stated that 174 households had benefited since the program’s launch in 2017.

According to Okungbowa, “Today’s presentation of cheques is the twenty-fifth in the series, with 174 families benefitting since the inception of the scheme in 2017. A total of N533,275,0666.89 has so far been disbursed to family members of deceased employees”.

The Head of Service remarked that the government’s introduction of the Contributory Pension Scheme for public employees allowed for the presentation of the cheques.

According to him, “The Scheme is a product of the Pensions Reform Act (2014) and the Edo State Contributory Pension Scheme Law (2010).

“The aspect of death benefits where the deceased beneficiaries are paid three times the annual salaries of their benefactor is captured in section 1 and 11(3) respectively of both laws, which is the Group Life Assurance for employees”.

He noted that the payment is the first of three components of the deceased employees’ death benefits.

Also speaking during the event, the Permanent Secretary and Chairman of the Edo State Pensions Bureau, Mrs. Aikefe Aigbavboa, expressed the State Government’s commitment to the welfare of employees in the State.

According to Aigbavboa, “I want to on behalf of the State Government sympathize with you all. We hope that these cheques will help cushion the effect of the loss of your loved ones.  We cannot begin to fathom the extent of your loss. We can only empathize.

“Rest assured, as a Government and as individuals that we are with you to share in your most trying times and also to ensure that the benefits that accrue to your loved ones get to you”.

Thanking the State Government on behalf of the recipients, Ms. Ugbogbo Cynthia, next-of-kin to one of the deceased employees, expressed her appreciation to the Edo State Government for championing the cause of workers in the State.

Ms. Ugbogbo said: “I am overwhelmed with all of this and what is happening here today. I want to appreciate the Governor of Edo State, Mr. Godwin Obaseki. Thank you for inviting us and giving us these cheques, even though our loved ones are gone. It shows the concern you have for workers. I am really short of words right now.  I say God bless you all”.

All public employees must have insurance, which must be provided by the employer, in this case the State Government, per Section 11 (1) of the Pension Reform Act. It is a policy for life insurance.

In accordance with the complete implementation of the CPS, the Governor Godwin Obaseki-led administration of Edo State has been paying this annual premium since 2017 on behalf of all State employees covered by the CPS. Family members receive three times the deceased employee’s annual wage as insurance reimbursement in the event that any public employee in the State who is enrolled in the CPS passes away.

Nine thousand, eight hundred and three (9803) employees were signed up for the Contributory Pension Scheme when it was activated by the State. The N80.7 million premium was paid by the Edo State Government.

The number of employees climbed to 10,000, 814 in 2018, and the State Government contributed N215 million as premium. This payment has been made annually, and the higher the staff size and salary level, the more the premium.

After a public employee in the State passes away, the insurance firm receives their death certificate and processes their cheques before sending the money to the deceased person’s family on behalf of the State government.

The Edo State Government’s adherence to the Contributory Pension Scheme demonstrates the Obaseki administration’s steadfast dedication to the welfare of Edo State’s public employees and shows how deeply ingrained the CPS is in the public sector.

»Edo State Government presents a sum of N18.4M to six families of deceased employees in the Contributory Pensions Scheme«