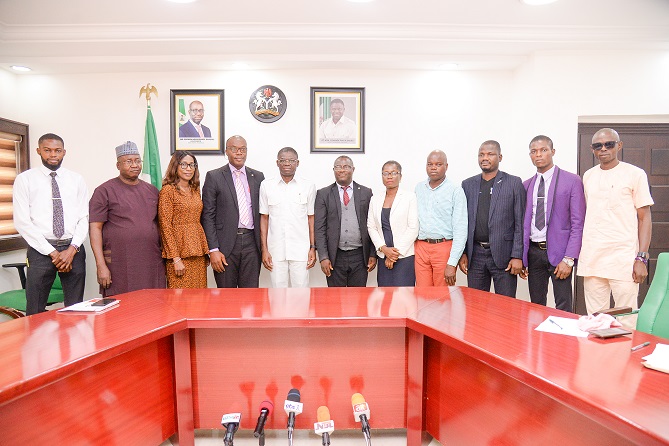 According to Rt. Hon. Comr. Philip Shaibu, the acting governor of Edo State, the state is placing less emphasis on strong people and more on bolstering institutions in order to promote long-term development and growth.

Shaibu stated this during a courtesy visit to the Government House in Benin City by executive members of the Edo State branch of the Chartered Institute of Personnel Management of Nigeria (CIPM).

The acting governor stated that the state places a high value on worker training and capacity building and would collaborate with the CIPM in this area.

He said, “We are de-emphasising individuals and now emphasising and institutionalizing growth in our system. This will not allow any man or woman to become bigger than any institution.

“Your organisation has a major role to play as far as skill development, training and retraining, capacity building for our personnel is concerned. When we have a knowledgeable and dedicated workforce that is skilled to carry out its function, the issue of our dwindling economy will be a thing of the past,” he noted.

Osahon Omole, Chairman of Edo CIPM, praised the administration for its people-centric initiatives across the state, and urged further collaboration between the state and the organisation.