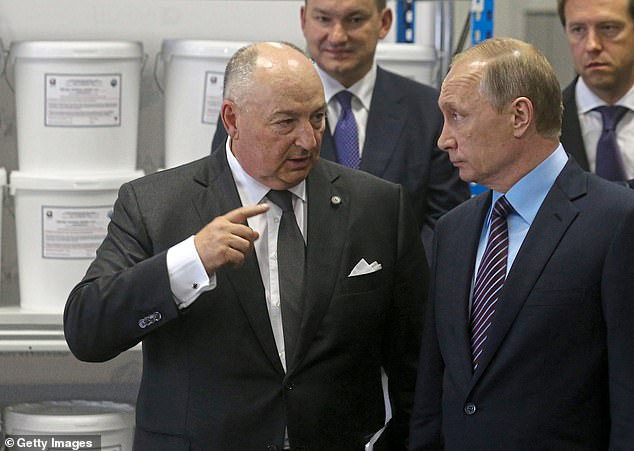 According to new records, Tony Blair’s organization has received donations from a Russian billionaire sanctioned for his ties to the Kremlin.

The Government imposed sanctions on Mr. Kantor, estimated to be worth £8 billion, in April following Russian President Vladimir Putin’s illegal invasion of Ukraine on February 24.

According to the authorities, Mr. Kantor is the “biggest shareholder of fertilizer manufacturer Acron, which is of crucial strategic importance to the Russian government.”

A government minister stated at the time, “We are showing the Russian elite that they cannot wash their hands of the crimes committed on Putin’s instructions.”

According to documents filed with Companies House, Mr. Kantor made annual philanthropic contributions to the Tony Blair Institute that supported about two staff positions.

The institute, which was established to foster globalisation, stated that it no longer accepted contributions from him, but did not specify whether it had returned any previously donated funds.

The former Labour leader was chosen chairman of Mr Kantor’s European Council on Tolerance and Reconciliation in 2015 due to his ties to the oligarch.

The ECTR was named among the wealthy sponsors of the Tony Blair Institute. However, their relationship ended in April after Mr. Kantor and seven other billionaires were placed to the UK sanctions list. His immense wealth originates from his ownership stake in Acron.

Mr. Kantor was born in Moscow, but he now holds British citizenship. Putin gave him the Order of Honor “in appreciation of his professional accomplishments.”

As president of the European Jewish Congress, he has organized for delegations to meet the Russian president in recent years.

The wealthy Russian has maintained close relationships with British politicians and Establishment leaders, including the Royal Family, for decades.

The ties between the Tony Blair Institute and Mr. Kantor are only one indication of the non-reach profit’s among the global elite.

Last year, the institute’s revenue increased from £40.25 million to £71.8 million, while the number of employees increased from 263 to 440. Mr. Blair does not receive a salary as the organization’s executive chairman.