Skip to content
Go Home «» News «» Breaking News «» CVS Health demands that pharmacists verify that prescriptions provided will not be used to end a pregnancy. 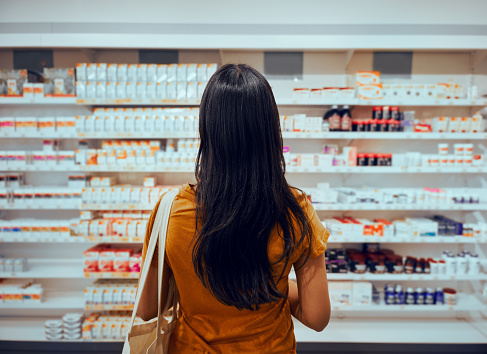 In some jurisdictions, CVS Health is asking pharmacists to confirm that some of the medicines they fill won’t be used to abort a pregnancy.

According to a spokeswoman, the drugstore chain just recently began doing this for misoprostol and methotrexate, two medications used to induce abortions but also used to treat other diseases.

According to spokesman Mike DeAngelis, the policy went into effect in Alabama, Arkansas, Idaho, Oklahoma, and Texas the first week of July.

Following the Supreme Court’s decision last month to overturn Roe v. Wade, the 1973 ruling that had established a fundamental right to abortion, the pharmacy chain made its plea.

The choice has thrust pharmacists into the center of the national discussion.

The Biden administration sent a warning to pharmacies earlier this month asking them not to discriminate against women when filling prescriptions.

The administration stated that one instance of discrimination could be when a pharmacy declines to fill a prescription for misoprostol that was written to treat a serious stomach ulcer.

According to the Mayo Clinic, methotrexate is also used to treat rheumatoid arthritis and a number of malignancies.

DeAngelis claimed that state rules that prohibit the sale of drugs used during abortions have compelled the business to begin the validations.

He pointed out that some laws carry harsh criminal punishments.

The Rhode Island-based drugstore company is requesting the assistance of healthcare professionals by asking them to write their diagnoses on the prescriptions.

DeAngelis stated that CVS Health will still fill prescriptions for ectopic pregnancies, which develop outside the womb and are not viable pregnancies, or losses.

He declared, “We will keep our attention on providing treatment to our patients while observing state regulations and federal guidelines that continues to change.

A pair of proposals to restore abortion rights nationwide were enacted by the US House a few weeks following the Supreme Court’s decision.

The Women’s Health Protection Act of 2022 doesn’t have a great chance of passing because of the 50-50 split in the Senate.

»CVS Health demands that pharmacists verify that prescriptions provided will not be used to end a pregnancy.«