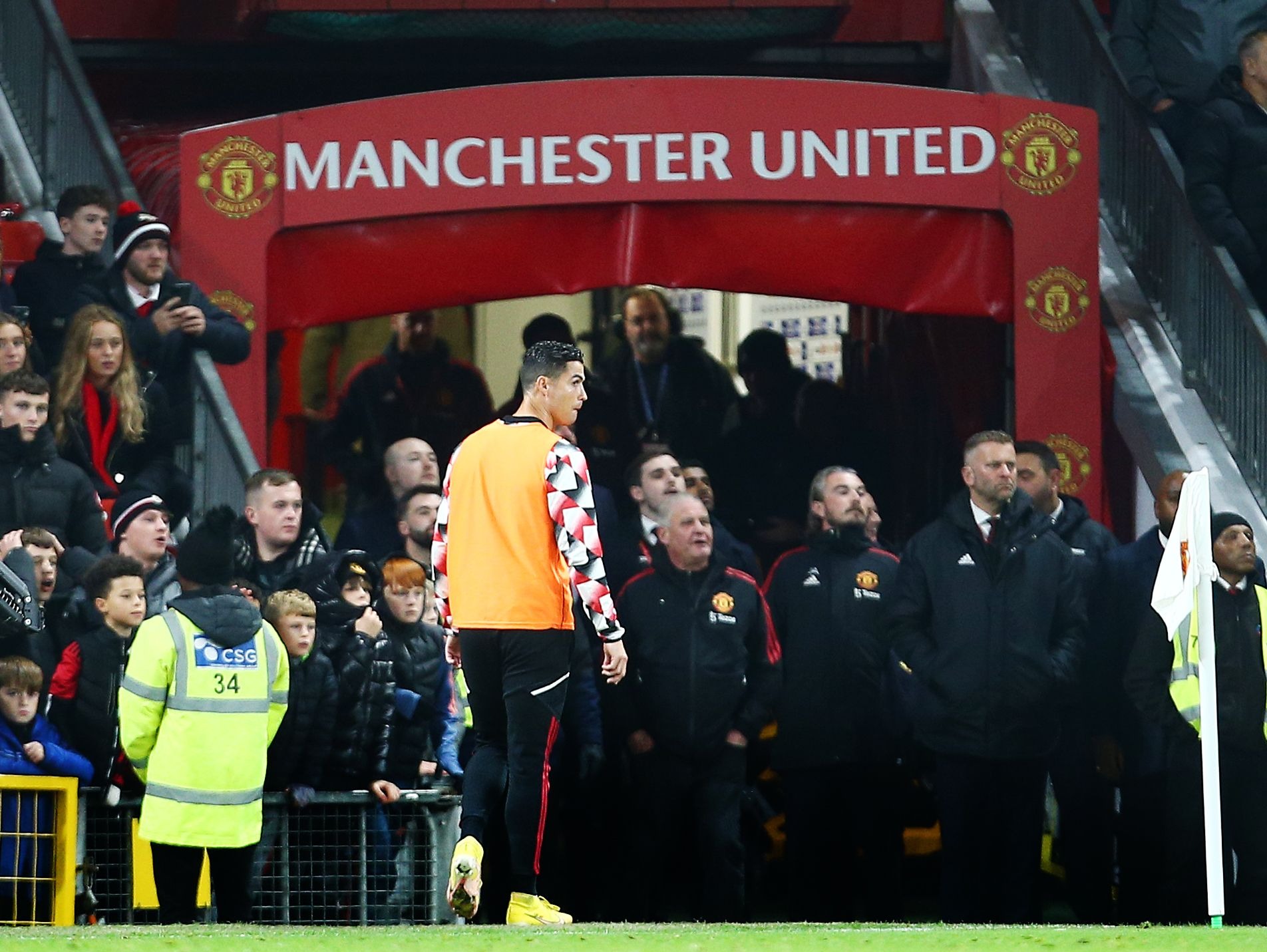 After his tantrum against Tottenham, Cristiano Ronaldo has been omitted from Manchester United’s lineup for Saturday’s match against Chelsea.

On Wednesday, Ronaldo stormed down the Old Trafford tunnel during United’s 2-0 victory over Tottenham with many minutes remaining.

Reportedly, the 37-year-old superstar informed United boss Erik ten Hag that he did not wish to enter the game as a late substitute.

After the Tottenham game, Ten Hag stated that he would “address” the situation on Thursday.

It was not the first time Ronaldo expressed public displeasure with his place in Ten Hag’s team, and United’s manager has finally acted in response.

“Cristiano Ronaldo will not play for Manchester United against Chelsea on Saturday in the Premier League. The remainder of the team is devoted to preparation for this match “Thursday, a United statement added.

It is understood that the United hierarchy fully supports Ten Hag’s decision to remove Ronaldo from the team.

After the disciplinary incident, United executives are reportedly making a decision regarding Ronaldo’s long-term future with the club. Uncertainty looms as to whether the disgruntled Portugal striker can find redemption.

Before they could sell Ronaldo, United would have to wait until the transfer season reopens on January 1st.

Ronaldo has been attempting to negotiate a transfer away from Old Trafford since the end of last season, when United failed to qualify for the Champions League.

The former Real Madrid and Juventus great intended to join a Champions League team, but he received few offers from Europe’s elite.

Ronaldo missed United’s preseason tour to Australia and Asia, citing “family issues,” before displaying his dissatisfaction against Rayo Vallecano in a friendly.

Ronaldo, who was playing for the first time under Ten Hag, was replaced at halftime and responded by departing Old Trafford before the game was over.