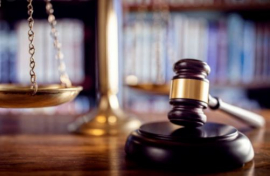 The Police Department has applauded the speedy arrest of a suspect linked to the murder of magistrate Romay van Rooyen.

This comes after the 50-year-old magistrate and former State prosecutor was found dead in her home in Marina da Gama on Saturday, 10 September 2022 and her Toyota RAV4 vehicle missing.

According to a statement released on Wednesday, a multi-disciplinary operation comprising the Hawks’ Crimes against the State, National Priority Violent Crime Investigation, Digital Forensic Investigation and Priority Crime Management Centre has since resulted in the arrest of an 18-year-old man in Mitchell’s Plain on Tuesday, 27 September 2022.

According to reports, the arrested suspect is a relative of the deceased and was among the mourners at the funeral of the Vredenburg magistrate.

Police Minister Bheki Cele, together with the Provincial Commissioner of the Western Cape, Lieutenant General Thembisile Patekile, are set to attend the first court appearance of the teenage suspect on Thursday, 29 September 2022.

The accused is facing a charge of murder.