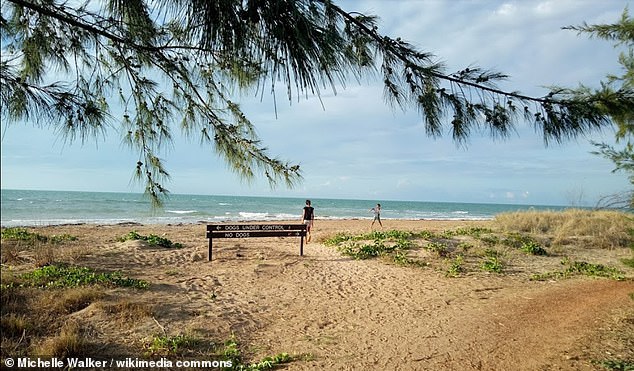 A bushwalker uncovered human skeletal remains in the outskirts of Darwin.

Police in the Northern Territory have established a crime scene near Lee Point Beach, roughly 20 kilometers north of the capital city.

A huge quantity of bones, including a head, were collected following the discovery of the remains on Wednesday.

A skull and other bones were discovered on Lee Point Beach, approximately 20 kilometers north of Darwin.

On Friday, Detective Acting Superintendent Karl Day stated that the crime scene had been meticulously inspected by medical professionals, including a forensic pathologist.

‘Forensic specialists will do additional analysis, and until then we cannot expand further.’