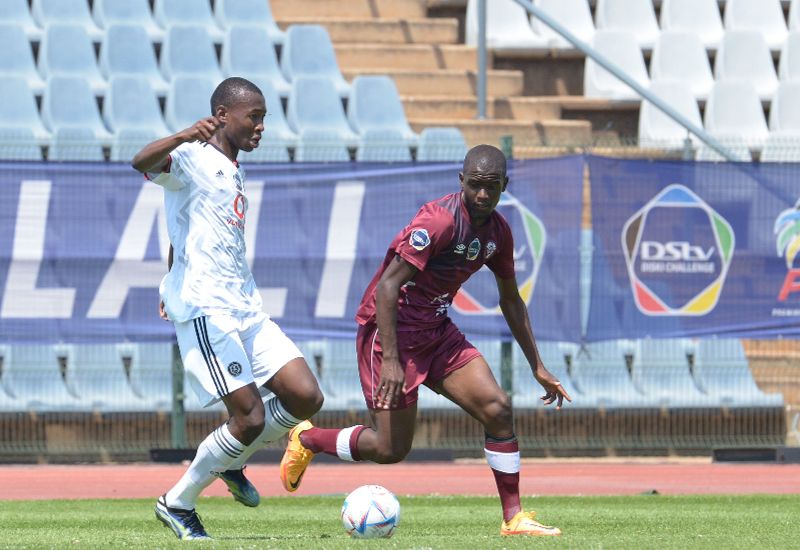 During their DStv Diski Challenge match in Dobsonville on Sunday afternoon, Orlando Pirates Reserves defeated rival Swallows by a score of 2-0 in the Soweto Derby to go back on the winning track.

Joseph Makhanya’s team found itself in uncharted circumstances in the bottom part of the standings after losing the previous weekend and were facing a team that was on a high after suffering their first loss of the year.

The Bucs Reserves had to provide a dominating performance, and they did it by controlling possession and setting up camp deep inside the opponent half.

The skipper Ndumiso Ngiba and Jabulani Mokone had a few half-opportunities early on, but otherwise there were not many chances at goal despite their clear territorial domination, and all signs led to another dismal day in front of the goal.

The deadlock persisted until the visitors broke through to the penalty area in the 26th minute. After a short skirmish in front of goal, the ball fell into the path of midfielder Kgwadi Molepo, who made no mistake in directing the ball into the goal from just inside the box.

After falling down, Swallows were given a chance through a free-kick at the halfway point, but they were unable to get past the defenses of rookie Siyabonga Dladla, who made a fantastic stop to maintain Pirates ahead.

Late in the first half, the Bucs Reserves got their own chance from a dead-ball scenario, and Relebohile Ratomo forced the goalkeeper to make a save.

For Pirates, the second half was all about game management, although there were still a few opportunities to score.

The Buccaneers struggled to put distance between themselves and their Soweto opponents, as both Ngiba and second-half substitute Mehluleli Maphumulo wasted chances inside the box.

When Njabulo Mndebele was hauled down in the penalty area, the home team’s persistence finally paid off, and the referee pointed straight to the spot.

When given the opportunity to score his first goal in the Reserve League, Maphumulo stepped up and did it with ease.

As the game came to a close, Pirates Reserves maintained control of the situation and managed to hold on for an important three points to defeat their Soweto rivals for the third time in a row.

»Buccaneers’ bench units got back on track with a Derby victory«