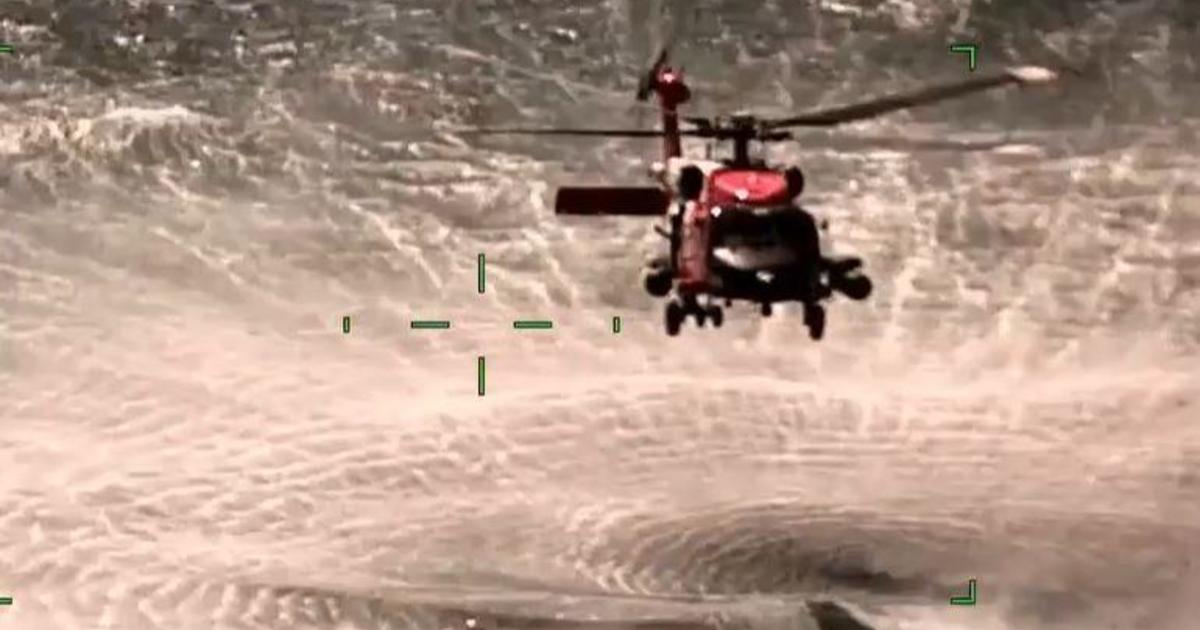 The Coast Guard said that two passengers from a sunken fishing boat were fighting off sharks in the Gulf of Mexico when a crew rescued them and another person from seas off the Louisiana coast.

The U.S. Coast Guard 8th District Heartland posted dramatic footage of the rescue along with the press release “Rescued just in the nick of time.”

A relative reported the three individuals had not returned from a fishing expedition as of Saturday night, and the Coast Guard started a search.

The three passengers were left trapped without means of contact after the 24-foot, center-console fishing boat sunk at 10 a.m. on Saturday, according to a press release from the Coast Guard.

When the three were recovered on Sunday approximately 25 miles offshore from Empire, Louisiana, a tiny town southeast of New Orleans, they were all wearing life jackets and one was exhibiting symptoms of hypothermia. They had spent more than 24 hours submerged.

At University Medical Center New Orleans, where they were treated for their injuries, the two wounded victims were described as stable. The Coast Guard withheld their identities and did not say if the injuries were caused by bites, scraping against the sandpaper-like skin of sharks, or any other circumstance.

According to Lt. Cmdr. Kevin Keefe, a Coast Guard search and rescue mission coordinator in New Orleans, “this could’ve been a very different conclusion if the family member had not alerted the Coast Guard and if these three boaters were not wearing life jackets.”

A U.S. Coast Guard helicopter crew rescued a fisherman who had been bitten by a shark earlier this year in the Bahamas to safety.