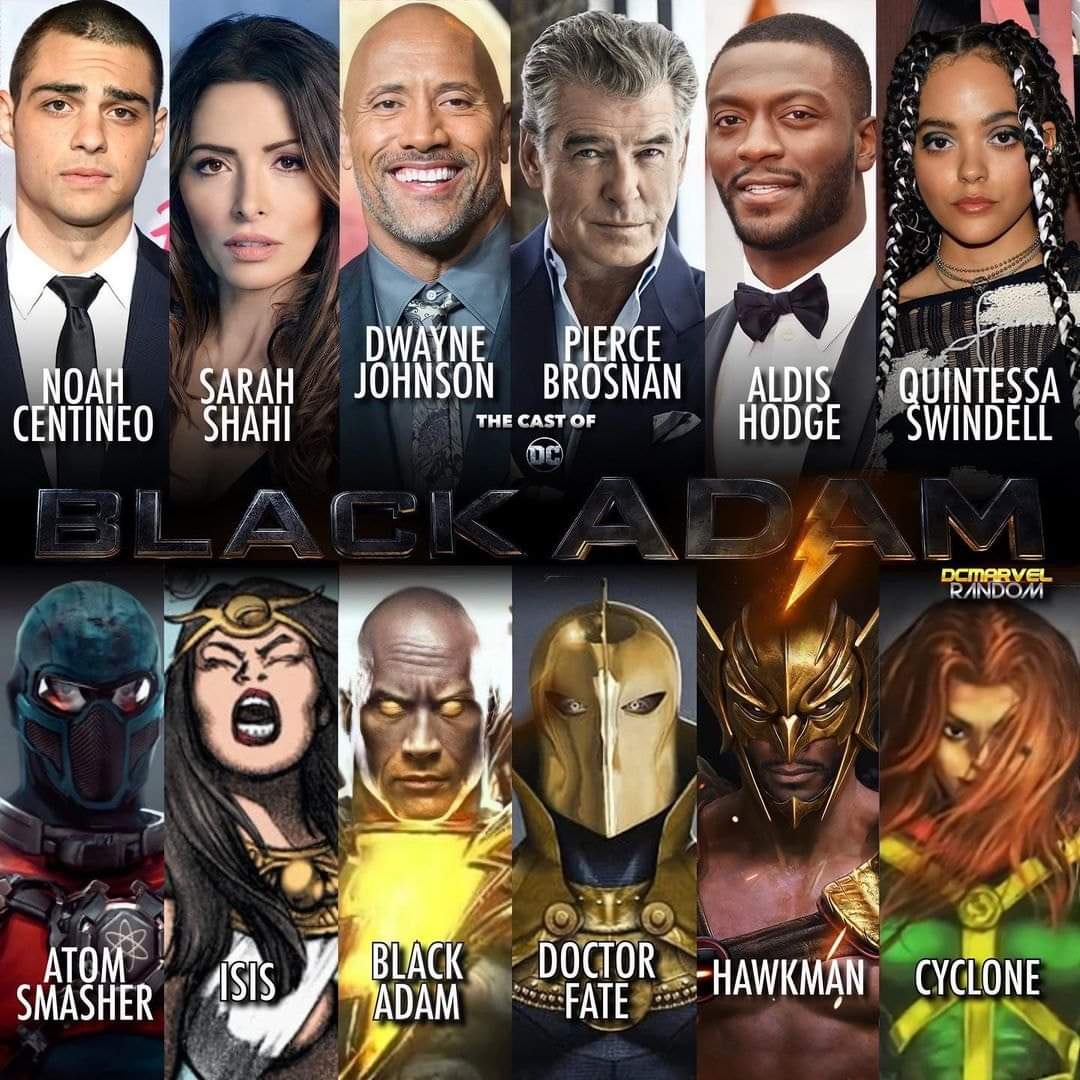 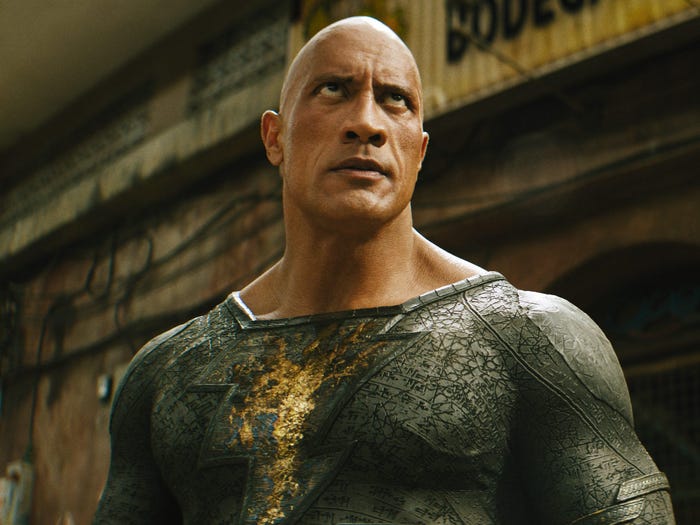 In his origin narrative, Teth-Adam receives his powers from the same gods who provided Shazam’s powers in the 2019 DC blockbuster. 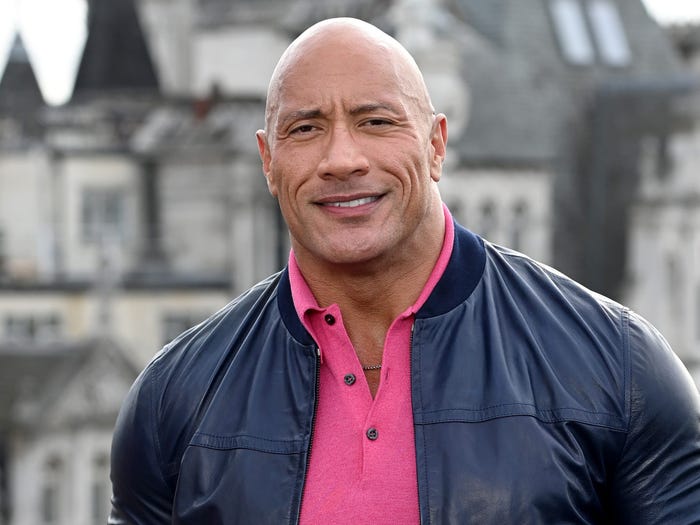 Johnson spent more than a decade attempting to have a “Black Adam” film done, and according to Insider’s Kirsten Acuna, the actor “obviously understands this guy, is believable in the role, and owns the screen every second he’s on it.” 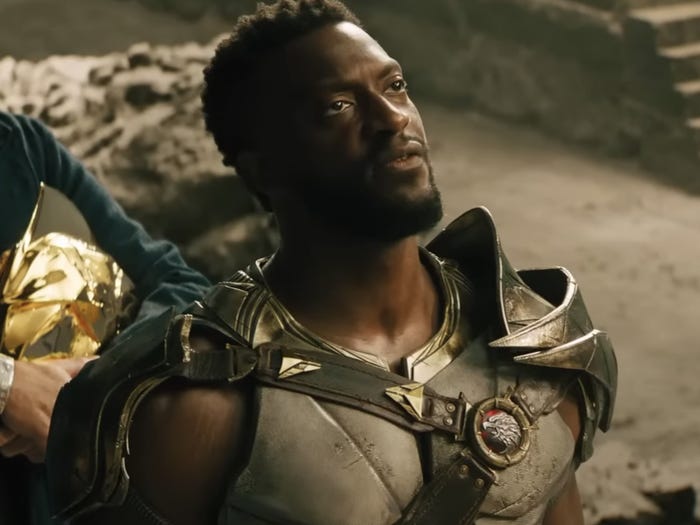 In reality, Johnson is as ripped as Black Adam, minus the antihero costume. 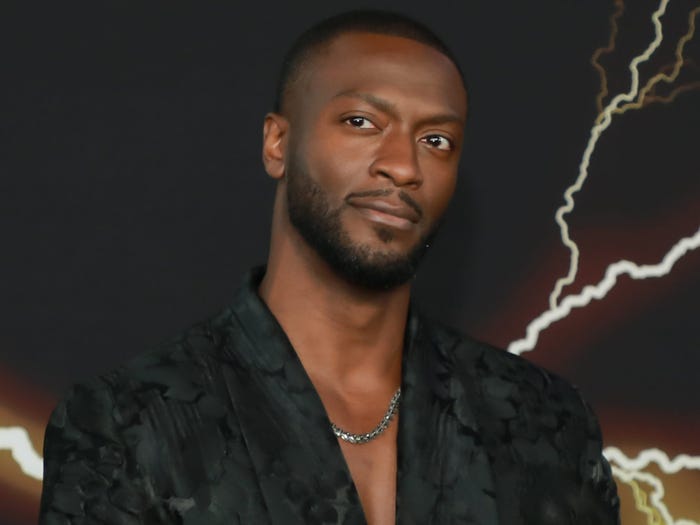 Johnson attended the July San Diego Comic-Con dressed as Black Adam, when he generally wears conventional clothing. Even if he lacks supernatural abilities, the wrestler-turned-actor is equally muscular.

Additionally, Johnson is more prone to smile than his DCEU counterpart.

Carter Hall/Hawkman is portrayed by Aldis Hodge, who is one of the Justice Society of America’s superheroes (JSA). 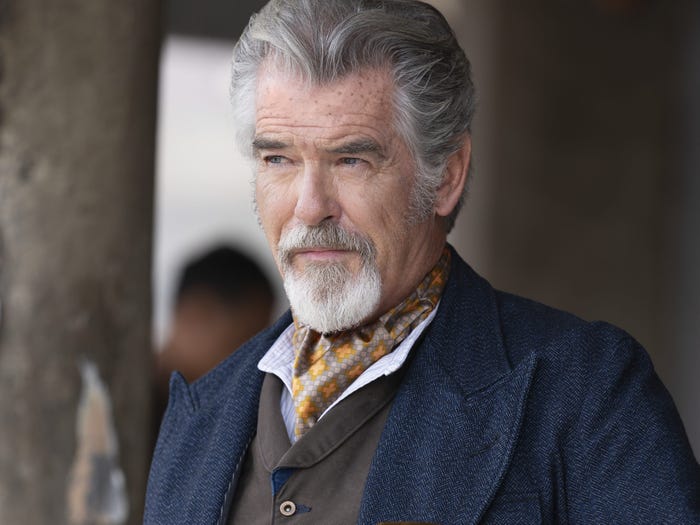 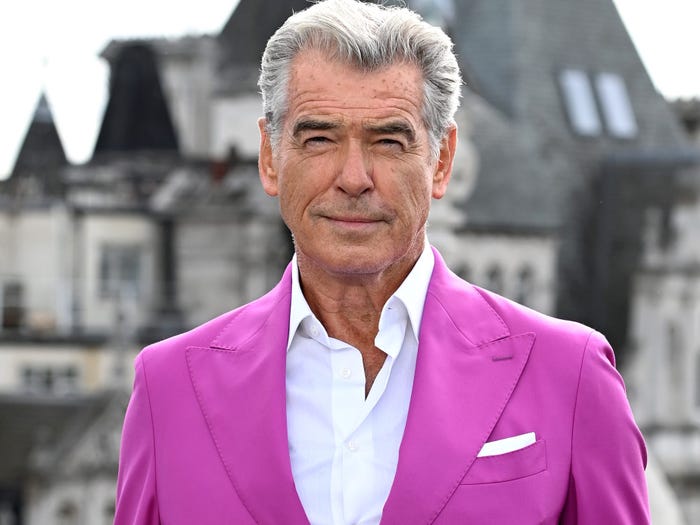 Hawkman possesses a strong moral code, a costume composed of Nth metal, and the ability to reincarnate. 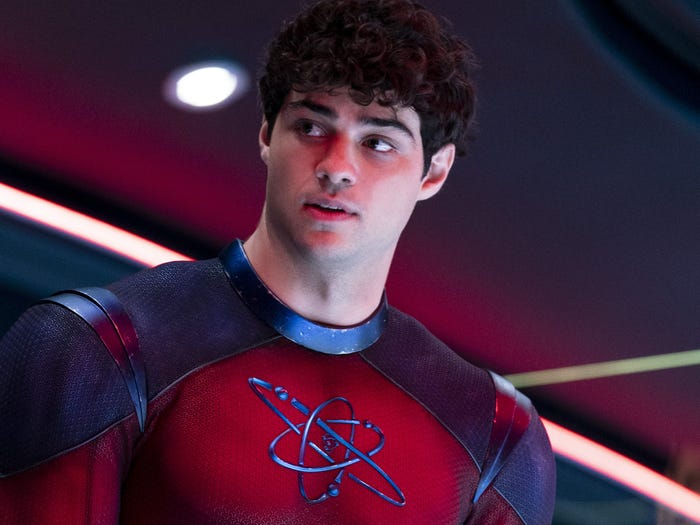 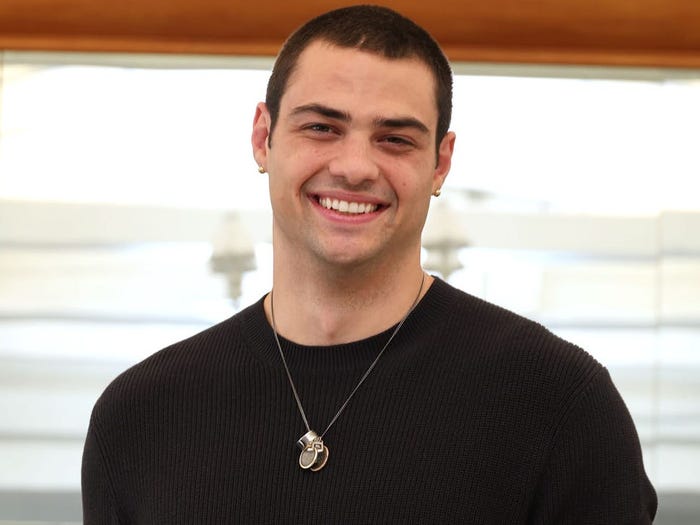 Hodge shares a similar hairdo and beard with his “Black Adam” character.

Hodge has been in television programs such as “Friday Night Lights,” “Leverage,” and “Underground” since the 1990s. Additionally, he starred in the films “Hidden Figures” and “One Night in Miami.” 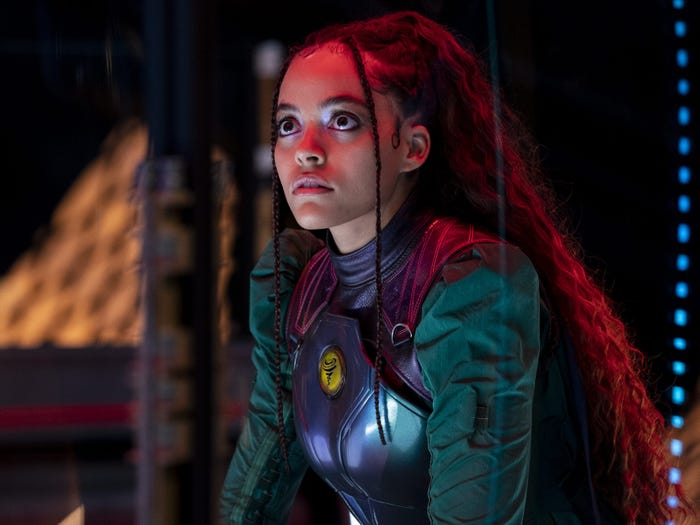 Brosnan told Variety that he wanted to play a superhero because he is a huge fan of “Doctor Strange” and described Benedict Cumberbatch as “epically great.”

He defined his part as “one of the elder members of the sorcerer’s realm” and said he was attracted to the cast and screenplay, which he described as “working on multiple levels.” 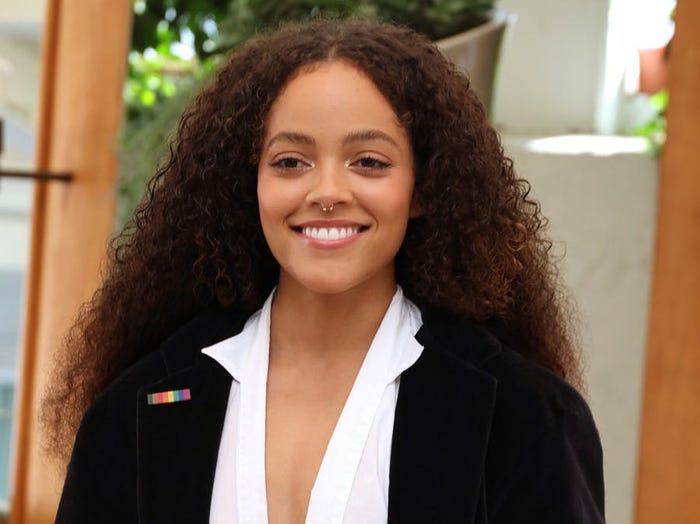 Off-screen, Brosnan sports a similar hairdo, but no beard.

In October 2022, Pierce Brosnan appeared for a photo call for “Black Adam.” 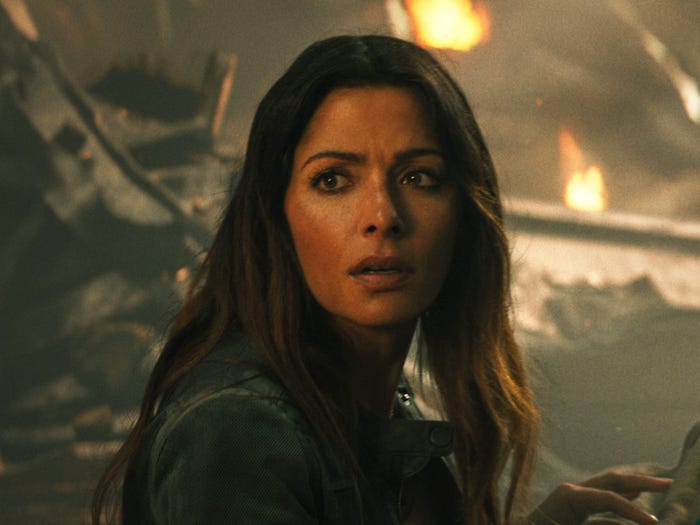 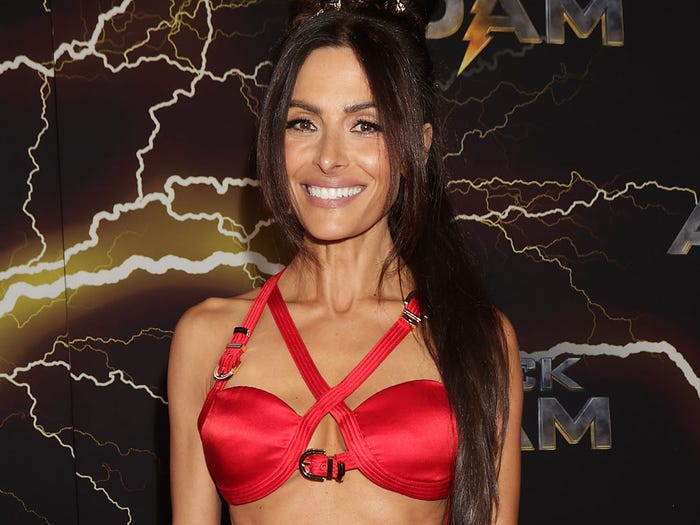 The Irish actor’s portrayal of James Bond is arguably his most famous role. Brosnan’s participation in “Black Adam” marks his first time portraying a superhero.

Noah Centineo, star of “To All the Boys I’ve Loved Before,” makes his heroic debut as Al Rothstein/Atom Smasher. 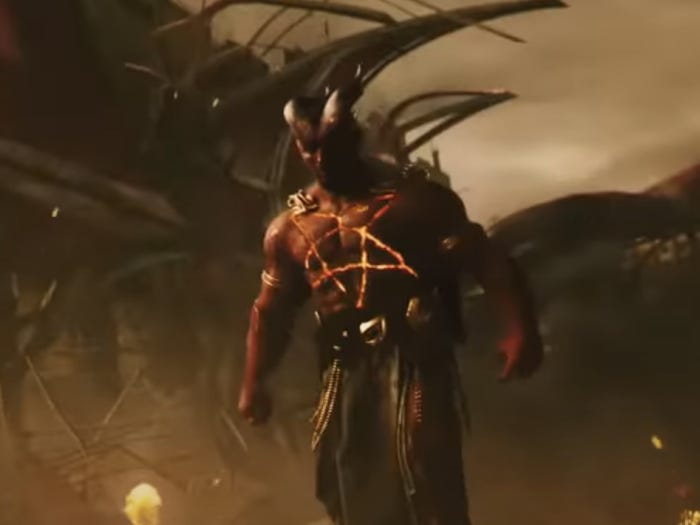 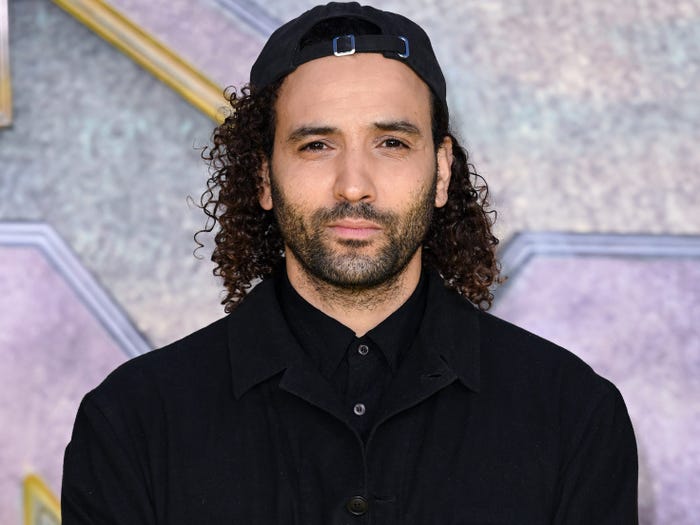 Atom Smasher, a twenty-year-old recruit of the JSA, has inherited superhuman strength and the ability to control his molecules.

Centineo told Screen Rant that his favorite aspect of his role is “He is a metahuman initially. He is not a supervillain.”

In October 2022, Noah Centineo will attend a photo call for “Black Adam.”

As Peter Kavinsky in the Netflix teen romantic comedy “To All the Boys I’ve Loved Before,” Noah Centineo, who portrayed Jesus Adams Foster on “The Fosters,” achieved a new level of celebrity.

He repeated the character in two more films based on Jenny Han’s novels and has a role in the 2019 revival of “Charlie’s Angels.”

Maxine Hunkel/Cyclone, portrayed by Quintessa Swindell, is able to control the wind with her mind.

Nonbinary Swindell told The Hollywood Reporter that they are frequently “frustrated” by the excessive hypersexualization of feminine roles.

It was a “dream” for them to portray a character in “Black Adam” who is “in her individuality, in her element, and loving who she is” and is not defined by a relationship or heartbreak.

You may recall Swindell from her performances as Anna on “Euphoria” season one, Tabitha Foster on “Trinkets,” and Laila on “In Treatment.”

Adrianna, a Kahndaqi college lecturer and liberation warrior, is portrayed by Sarah Shahi.

She is a Kahndaq citizen attempting to defend her country.

Shahi compared her persona in an interview with Syfy Wire to Indiana Jones and Lara Croft.

Shahi stated, “She is an archaeologist of this country, a professor, and extremely intelligent.” “And because she is in a war-torn region, she has had to physically defend herself. So she is also strong in this regard.”

Sarah Shahi as Adrianna and Bodhi Sabongui as Amon in “Black Adam.”

He is a mischievous teen who adores superheroes and looks up to Black Adam. Amon, like his mother, desires to fight for his nation.

Young actor who has been on “DC’s Legends of Tomorrow,” “A Million Little Things,” and “The Baby-Sitters Club.”

Mohammed Amer portrays Karim, the electrician brother of Adrianna, in the film.

Karim, like his sister, is a Kahndaqi independence warrior.

Amer and his character have facial hair that is identical, however the actor has a shorter haircut in real life.

In October 2022, Mohammed Amer will attend a photo call for “Black Adam.”

Amer, a stand-up comedian and writer, has also appeared on “Mo” on Netflix and “Ramy” on Hulu.

Ishmael is portrayed by Marwan Kenzari, who is also a liberation warrior.

Ishmael searches for the Crown of Sabbac, which is composed of Eternium and imbued with demonic powers.

Kenzari has longer hair than his “Black Adam” role at present.