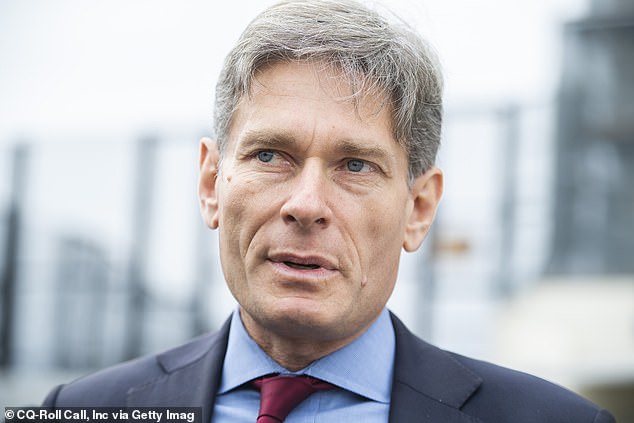 President Joe Biden defended his controversial summer trip to Saudi Arabia as ‘not about oil’ on Thursday, as his administration prepared alternatives to counteract the OPEC+-announced production cut.

The reduction in production comes only three months after Vice President Biden fist-bumped Crown Prince Mohammed bin Salman during a trip the kingdom exploited to its PR advantage following international outrage over the death of dissident Jamal Khashoggi.

We are considering alternate options. As he departed the White House for a trip to New York, Biden stated, “We haven’t decided yet.”

He also defended his travel to Saudi Arabia, arguing, as he did at the time, that his conversation with the world’s second-largest oil producer was unrelated to the issue. Biden flew there following a visit to Israel, and among other issues, discussed the conflict in Yemen.

President Joe Biden remarked as he departed the White House a day after OPEC+ declared a decrease in oil production, causing gas prices to spike, “We haven’t made a decision yet.”

The journey was not primarily about oil. The trip focused on the Middle East, Israel, and positional clarification. However, this is disappointing and indicates that there are issues,’ Biden added.

Yesterday, in response to the international cartel’s declaration that it will reduce output by 2 million barrels per day, the administration hinted at a legislative reaction that might include antitrust measures against the group.

Russia, a big oil producer, continues its violent invasion of Ukraine, which it is able to finance with oil earnings.

After the news, gas prices increased by an average of 36 cents per gallon across the nation compared to yesterday.

Rep. Tom Malinowksi of New Jersey and two other members submitted a bill mandating the withdrawal of U.S. troops and missile defense systems from Saudi Arabia and the United Arab Emirates.

Allies of Biden in Congress already advocate for aggressive remedies.

Representative Tom Malinowksi of New Jersey and two other members submitted a bill mandating the withdrawal of U.S. troops and missile defense systems from Saudi Arabia and the United Arab Emirates.

Both nations are big purchasers of military equipment and regional partners.

According to a Malinowski announcement, the bill would also shift equipment and defensive systems to other regions in the Middle East for the goal of defending U.S. troops there

The November elections take place against a crucial backdrop, as voters rank inflation as their top concern and the administration takes flak for gas price rises while claiming credit for decreases.

Biden was traveling to New York to bolster two congressional districts and raise funds for the Senate Democrats’ reelection campaign.

After the news, gas prices rose by an average of 36 cents per gallon across the nation compared to the day before.