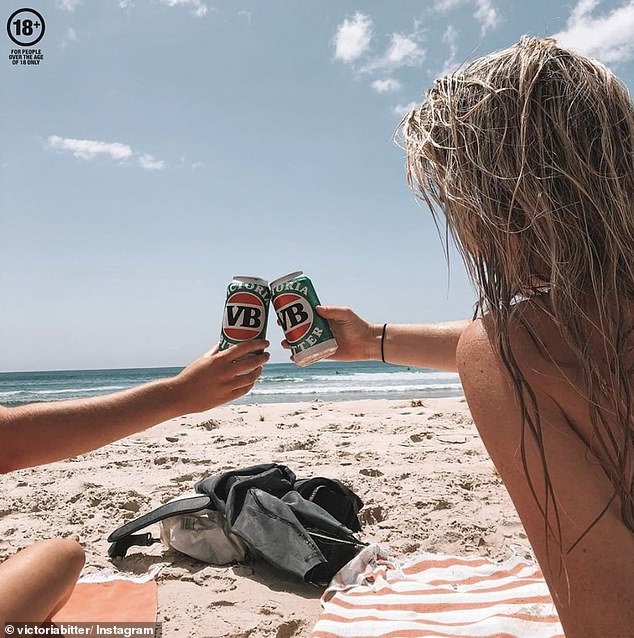 However, it was really an exception from the general trend of venerable Australian firms with lengthy local histories being sold off to new foreign owners.

Patties Foods, the manufacturer of the 114-year-old Herbert Adams pie line as well as FourN’Twenty, Nanna’s, and other popular brands, was only two weeks ago acquired by the Chinese private equity firm Pacific Alliance Group.

Is it truly important, particularly if doing so would help save jobs? It does for many Australians, absolutely.

For those who want the proceeds from their purchases to remain in Australia, the list of renowned names that are now held elsewhere is disheartening.

The creeping loss of the Holden brand was one of the worst consequences for a cherished Australian corporation.

The vehicle manufacturer, established in 1856, was acquired by American automotive behemoth General Motors in 1931, although the Holden brand remained successful for many years.

Sadly, the firm started to lose money in the 2000s, and the 2017 Holden VF Series II sedan was the last Australian-made vehicle.

The last Commodore model sold in 2020 was the Holden Commodore (ZB), a rebadged Opel.

In addition to Vegemite, another exemption is Qantas, which is prohibited by government regulations from having more than 49% of its ownership held by “foreign individuals.”

The airline is said to be getting close to that limit. The mining corporation BHP has a similar limitation.

Yes, VB, the “large cool beer” Thomas Aitken originally produced in 1854 for our “hard-earned thirst,” is no longer owned by Australia.

The tagline was first used in a well-known TV advertisement in the 1960s that linked the beer to Australians from the working class.

By 2004, one in every four beers sold in Australia was a VB, and by 2009, it was thought to be the country’s sole retail beer brand to reach the billion-dollar mark.

But in 2020, when the Australian Competition and Consumer Commission gave its approval, Japanese brewer Asahi acquired Carlton United Breweries for $16 billion.

On the Yarra River near Melbourne, VB is still made at the sizable Abbotsford facility.

Since Scottish immigrant William Arnott started baking in Newcastle, New South Wales, in 1865, Arnott’s biscuits have been a staple of the country’s cuisine for 150 years.

It took until 1964 for the Australian equivalent of the British Penguin biscuit, the Tim Tam, to be created.

Ross Arnott gave them the name Tim Tam in honor of the 1958 Kentucky Derby champion.

Australia’s favorite biscuit, Tim Tams, has always come out on top in polls over the issue.

Since 1997, Americans have controlled Arnotts Biscuits, with the soup producer Campbell’s purchasing the venerable business after a protracted partnership that started in 1970.

A significant Asian conglomerate purchased Patties Foods, a company with its headquarters in Victoria’s Bairnsdale and which owns names including FourN’ Twenty, Nanna’s, Herbert Adams, and Boscastle.

In Australia, Herbert Adams pies were originally produced 114 years ago.

The purchase price of Patties, which is reputedly in excess of $500 million but has not been made public, would enable PAG to broaden its Australian product line after purchasing Red Rooster, Oporto, and the WA-based Chicken Treat for a comparable sum in 2019.

Bonds, the popular underwear brand in Australia, was founded by an American and, 101 years later, it was once again owned by Americans.

In 2016, Bonds were purchased by American multinational apparel manufacturer HanesBrands for $1.1 billion from Sydney-listed Pacific Brands.

Additionally, its manufacture moved to China.

The most widely used brand of men’s, women’s, and children’s underwear, socks, and babywear in Australia is Bonds, which was founded in 1915 by American George Allan Bond as an importer of women’s hosiery.

The iconic Australian swimsuit brand Speedo was created by another another Scottish immigrant.

He founded a garment business in Regent Street, Sydney, in 1914, and the name “Speedo” was chosen as the winner of a public contest to name the business.

When Australian teenager Clare Dennis, 16, won the women’s 200 meter breaststroke in the 1932 Olympic Games in Los Angeles, Speedo made its Olympic debut.

The Speedo brand has grown steadily since Pentland Group, a British sportswear company, acquired it in 1991.

It’s said that he got the idea for the label’s name from John Denver’s well-known hit song Country Roads.

After leaving, Mr. Bennett moved on to work as the creative director for Driza-Bone, another venerable Australian brand that is still privately held.

The Woolworths stores in Australia are owned by the government.

As it is popularly known, “Bundy” was sold to British beverage tycoon Diageo in 2000. Diageo also manufactures Johnny Walker whiskey and the well-known Irish drink Guinness.

In 2014, Diageo chose to relocate part of its bottling operations from Bundaberg, where it was founded, to western Sydney, upsetting the Queensland government.

The rum is still manufactured in East Bundaberg at the same location where it has been done so for 125 years.

In the late 19th century, molasses that was left over after sugar was harvested in mills was used to make the first Bundaberg rum in Queensland.

By banding together to create the Bundaberg Distilling Company, the mill owners found a solution to the issue of what to do with the weighty waste product.

On suggest that the rum could fend against the coldest freeze, the firm put a polar bear to the label in 1961.

Ugg boots are made in America.

When he and his buddy Doug Jensen submitted an application to market the Country Leather brand of Western Australian sheepskin boots, Australian surfer Brian Smith had recently concluded his management studies in California.

With only 28 pairs sold in the first year, 1978, he marketed the product as UGG and borrowed $20,000 from relatives and friends, but the gamble seemed to be a flop.

Mrs. Smith lived in the US, but he still filed the trademark “Original UGG Boot UGG Australia.”

His sales increased by $400,000 in a single year once he started to promote professional surfers wearing Ugg boots.

His major break came in 1994 when his boots were used by the American Olympic squad in Lillehammer.

After people saw his boots on television, sales soared.

He sold the company to Decker Brands for $14.6 million a year later.

After receiving a complaint from the Australian Competition and Consumer Commission that they were manufactured in China and Vietnam rather than Australia, Ugg changed its name to remove Australia from its trademark in 2016.

Owned by Japanese is Dulux.

2019 will see the $3.8 billion sale of Dulux to the Japanese business Nippon Paints, which was overwhelmingly approved by Australian shareholders.

At a Melbourne meeting, an overwhelming 97.6% of shareholders approved the acquisition.

Dulux chairman Graeme Liebelt told the AFR, “It is a little bit of a sad day.”

Dulux traces its origins to HL Vosz Ltd, the country’s first paint producer, which established a facility in Adelaide in 1904.

His innovation, which he called after a Greek wrestler, made its premiere as “a fortified tonic meal” at the Sydney Royal Easter Show in.

While Mr. Mayne worked for Nestle, the Swiss multinational has always owned Milo, despite the fact that it is made on the NSW mid-north coast.

An estimated 200,000 tins of it are produced each day by the 200 employees at the Smithtown facility.