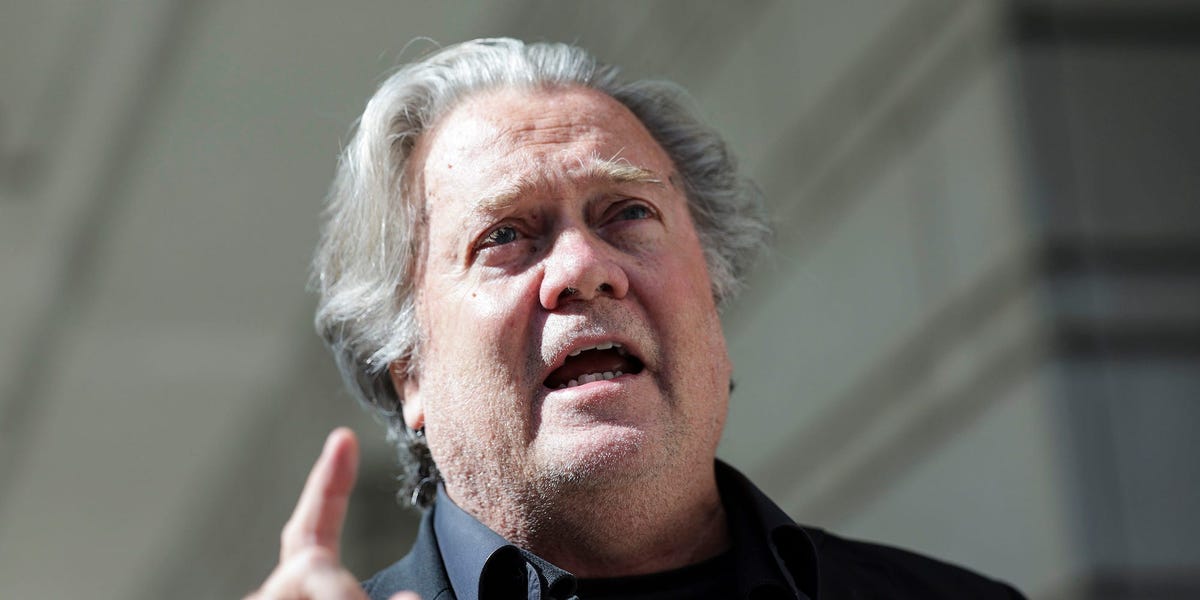 Ron DeSantis was hailed as a “national leader” by right-wing pundit Steve Bannon after the Florida governor’s contentious decision to transport 50 migrants to Martha’s Vineyard.

On Friday, Bannon posted on the conservative social media site GETTR, “DeSantis manoeuvre has Democrats on the back foot, simmering with wrath.”

The former Trump aide said, “Governor DeSantis maintains image as a national leader in bringing illegal immigration to the top of the headlines.”

His remarks follow DeSantis’ earlier this week dispatch of scores of migrants by aircraft to Martha’s Vineyard, Massachusetts. The migrants, who were from Colombia and Venezuela, took a plane from San Antonio, Texas, to the island in Massachusetts.

According to Taryn Fenske, the communications director for DeSantis, “Yes, Florida can confirm the two flights containing illegal aliens that landed in Martha’s Vineyard today were part of the state’s relocation programme to send illegal aliens to sanctuary areas.”

According to reports, the action was a dig at the Biden administration, which some GOP members feel is not doing enough to handle the border concerns. Other prominent Republicans, like Texas Governor Greg Abbott, have bused migrant populations to other places, such Washington, D.C. Democratic members have openly criticised the GOP’s tactics, including Rep. Alexandria Ocasio-Cortez.

AOC said on Friday that it was shocking that far-right politicians seemed to have concluded that the months leading up to elections were the best time to perpetrate crimes against humanity against migrants. “Don’t make this the norm. Politics isn’t as normal when individuals are lied to and trafficked for TV and clicks. This is abuse.”