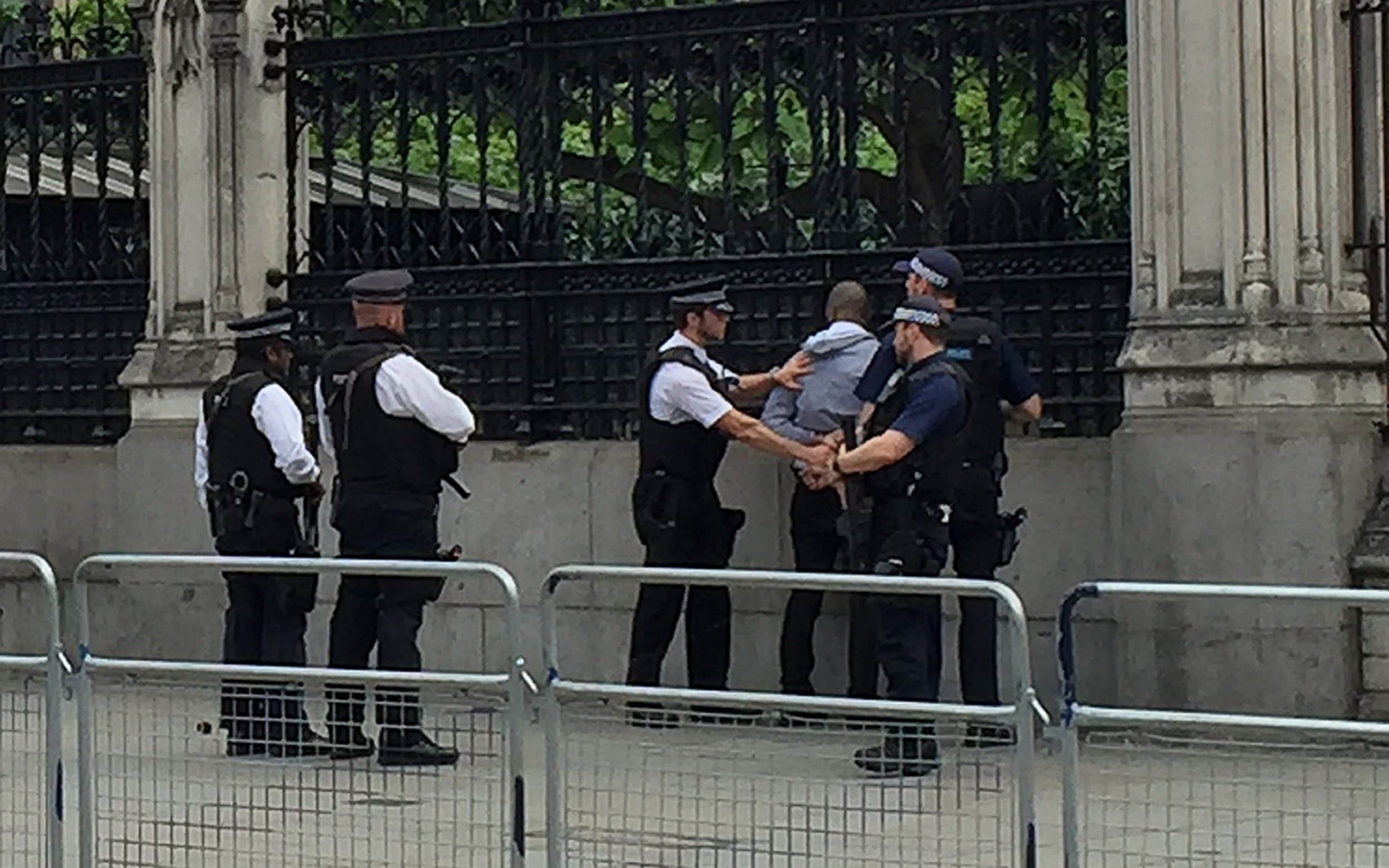 Harold Pinter’s Betrayal debuts at Artscape This morning, armed police shot an accused knifeman with a Taser after observing him “acting irrationally” near the Houses of Parliament.

At approximately 11:50 a.m. in the SW1 region, a male was observed acting “erratic.”

On Millbank, he was halted by armed police, and a taser was discharged.

The individual was caught and detained for possession of a bladed object.

No injuries have been reported as a result of the incident.

A Twitter video depicted the event as Metropolitan Police officers restrained and arrested the suspect.

The Metropolitan Police stated, “On Friday, October 21, at approximately 11:50 a.m., a guy was observed acting erratically in the SW1 area.”

On Millbank, he was stopped by armed cops.

The police deployed a taser and arrested the man on suspicion of possessing a bladed object. He is currently in detention.

No reports of injuries have been received.