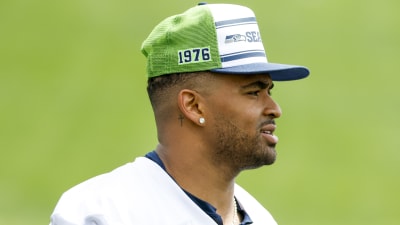 Adams sustained a broken finger after it got stuck in a helmet during a recent practice, NFL Network Insider Ian Rapoport reported Friday, per a source. Rapoport added that Adams is still expected to be practicing with a club and will wear a special cast for games.

Adams, who has yet to play a full season with the Seahawks, has endured a career-long injury-riddled in Seattle. Following Week 13 of the previous campaign, the former All-Pro endured season-ending shoulder surgery, restricting his availability to 12 games for two years in a row.

If Adams needs to undergo surgery, which Rapoport noted is likely, the plan is for Adams to wait until after the 2022 season to have the operation.

Adams is one of the NFL’s most dynamic safeties when he’s in good health. The 26-year-old, who is well known for his sure tackling and big-hit threat up the middle, is also skilled at rushing the passer, as shown by the 9.5 sacks he recorded in 2020, his first season with the Seahawks.

In order to acquire Adams before the 2020 season, Seattle dealt two first-round picks to the Jets. Seattle then gave the five-year veteran a four-year, $70 million extension before the 2021 season, becoming him the league’s highest-paid safety at the time of the transaction.