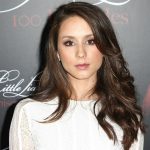 Troian Bellisario is a well-known American actress for her role in the Freeform television series Pretty Little Liars. In addition, she is a writer, director, and producer, similar to her parents. She is the daughter of the renowned director and producer of NCIS, JAG, and Quantum Leap, Donald Bellisario, and Deborah Pratt, the producer. Since 1988, Troian has been working in the entertainment sector. She has appeared in the film Last Rites directed by her father. Additionally, she performs minor roles in the series that her father previously directed and produced.

She earned the Vision Fest Award for Best Acting by a Female Lead in 2010 for her performance in the film Consent. In the same year, she also received the FirstGlance Philadelphia Award for Best Actress. In 2016, she directed the Pretty Little Liars episode “In the Eye Abides the Heart,” the fifteenth episode of the show’s final season.

The birth date of Troian Avery Pratt Bellisario is October 28, 1985. She was born in Los Angeles and has lived there for the bulk of her life. She grew up as a neighbor and friend of the Olsen twins. In reality, she joined their 1998 film production.

She attended Campbell Hall School in North Hollywood, California, and she spent the most of her time studying as opposed to going out. She has acknowledged in an interview that she is extremely similar to her Pretty Little Liars character, Spenser Hastings. She disliked interacting with others and experienced anxiety when required to visit shopping malls. She was the class valedictorian and continued her education at the University of Southern California. In 2009, she completed her Bachelor of Fine Arts.

Donald Bellisario is the father of the Bellisario

Donald Paul Bellisario was born in Cokeburg, Pennsylvania on August 8, 1935. As a sergeant in the United States Marine Corps from 1955 to 1959, he drew inspiration for his artistic works from his Italian-Serbian heritage. He holds a journalism degree from Pennsylvania State University. His mother was his third wife. They were wed in June 1984, but separated in 1991.

Deborah Pratt is a

Deborah M. Pratt was born in Chicago, Illinois on December 16, 1951. She is descended from African-American and French ancestors. Col. Bertram Robertson Pratt is her father, while Geraldine Bryant is her mother. Troian’s grandfather, her father, was vice president of Pullman Heritage Bank. She met the father of Troian on the set of Quantum Leap. She served as co-executive producer and writer for the program. Additionally, they collaborated on Magnum, P.I., and Airwolf.

Troian has only one sibling of pure blood, named Nicholas. He was born on August 27, 1991, approximately six years later than she.

On December 10, 2016, Troian married Suits actor Patrick Johannes Adams in Santa Barbara, California with a rustic-boho motif. In 2009, they met for the play Equivocation. In 2010, Patrick auditioned for a cameo part on her television show Pretty Little Liars and rekindled their relationship. She also appears in a number of episodes as a guest character who, oddly, is the ex-girlfriend of his character.

Troian Bellisario is reported to have a net worth of $3 million.