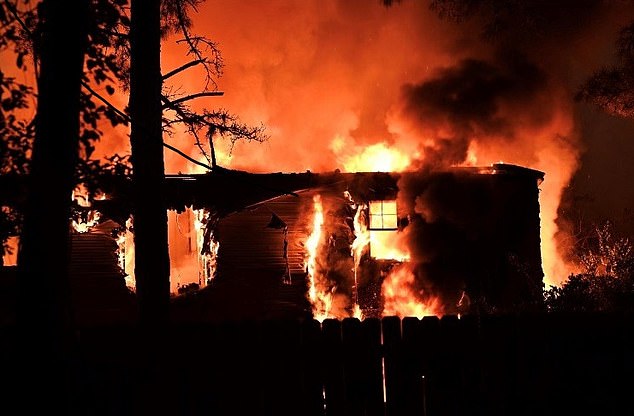 A fire at an apartment complex in South Carolina has claimed one life and injured numerous others, according to local law officials.

The fire, which allegedly occurred at 3 a.m. on Thursday, reportedly burned at least 36 apartments at the Summerville complex.

More than fifty firemen were called to the area, including units from stations outside Summerville, such as North Charleston and Dorchester, according to the town spokesperson, Mary Edwards.

It took workers more than three hours to put out the fire.

Early Thursday morning, flames were spotted flying from a structure at the Summerville Station Apartments on Old Trolley Road.

Edwards noted that when firemen came, they noticed several apartment tenants standing outside with burn injuries.

After conducting a check of the affected structures, firefighters identified one deceased occupant.

Four people and three police officers who went to the incident were injured.

The intersection between Travelers Boulevard and Midland Parkway at Old Trolley Road was blocked shortly after the arrival of officials.

All injured residents and police officers were brought to a nearby hospital for treatment.

Authorities have not disclosed the identity of the deceased victim,, as they continue to investigate the cause of the fire.

Local officials are being assisted in their investigation by the Office of the State Fire Marshal and agents from the South Carolina Law Enforcement Division.

»A fire at a Summerville, South Carolina apartment complex has left one dead and four civilians and three police officers injured«