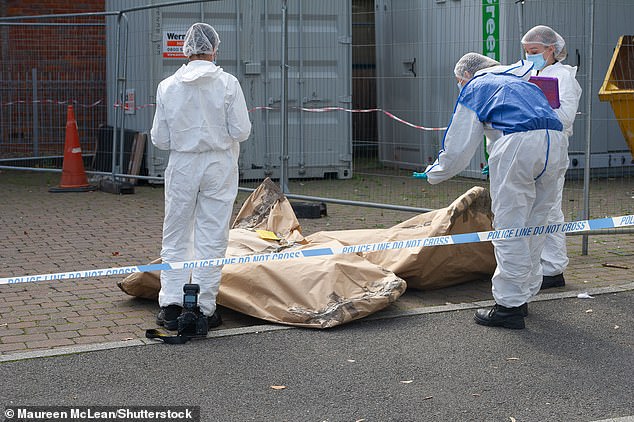 A murder inquiry has been opened today after a cyclist was pursued and killed in a collision with an automobile.

Detectives claim that after the collision in Cippenham, Slough, four individuals got out of the vehicle and killed the cyclist, age 21, by attacking him.

The four males re-entered the car, which is thought to be a black Volkswagen Golf, and drove off.

The biker, who had been attacked and had received significant injuries, was tried to be saved by paramedics. Police said that the guy passed away at the site.

Thames Valley Police officers have called the act “shocking” and announced that they are opening a murder inquiry.

Detective Chief Inspector Andy Howard, a senior investigative officer with the Thames Valley Police Major Crime Unit, said: “This is a devastating and disturbing occurrence, and a 21-year-old man has died as a consequence.

At this extremely early point, there are little details available, including descriptions of the criminals.

Therefore, it is crucial that we hear from anybody who saw this occurrence in any capacity.

“Please get in contact if you saw the offense itself or if you spotted a black VW Golf driving around the neighborhood either before or after the event.”

According to the police, the incident happened on Tuesday around 8:50 p.m. Officers were alerted to a complaint of a gentleman who had suffered significant injuries in Cippenham’s Waterman Court.

Officers were called to the scene when it was discovered that a bicycle accident with a vehicle on Earls Lane involved a 21-year-old guy.

Approximately four individuals got out of the Golf following the crash, according to the police, and pursued the male into Waterman Court, where he was fatally assaulted. The criminals then drove away from the area in a black VW Golf.

According to police, the impact may have caused damage to the car.

Additionally, they are “especially interested” in hearing from anybody who may have pertinent dash-cam, CCTV, or doorbell video.

“Our officers are at the site and will stay there while our investigation is ongoing,” Detective Chief Inspector Howard said.

I understand that a major occurrence like this could cause a lot of worry in the community, but an extensive and comprehensive investigation is already ongoing, and there is currently no evidence that the public is at any greater danger.

‘Please talk to one of our officers at the site if any people of the neighborhood do have concerns.

Please contact 101 and cite reference number 20221002-1905 if you believe you have any information that might be useful to us.