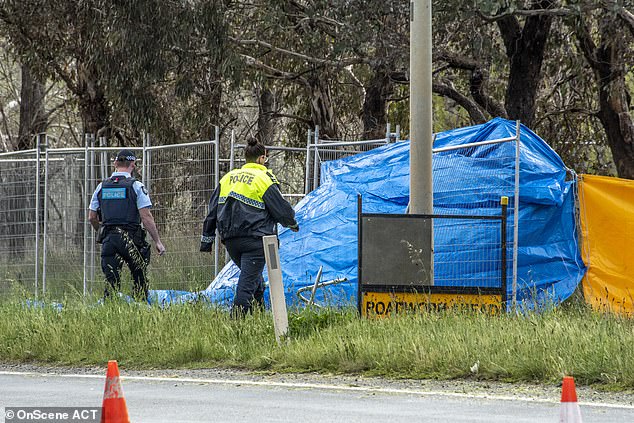 Two adolescent girls were killed in a terrible automobile accident in the pouring rain when the car they were riding in veered off the road and slammed into a row of fences and a tree.

The 14 and 15-year-old were allegedly “joyriding” in the Toyota car on Saturday night in Hume on the Monaro Highway with two other adolescent guys, according to police. The lads then allegedly left the scene.

It’s believed that one of the lads was driving when it crashed. Both were eventually located.

Shortly after, police found them in houses, according to ACT Police.

Emergency personnel were unable to instantly identify the make of the automobile because of how severely it was wrecked.

Although they are unsure of the precise time of the incident, first responders who arrived at about 8am on Sunday assume it happened on Saturday night.

However, it is believed that the Toyota veered off the road, smashed through a line of temporary fencing on the side of the road, and then struck a tree.

At the scene, the two teenage females were pronounced dead.

Detectives are now questioning the two male teenagers about the circumstances surrounding the collision and if “severe excessive speed would have been a play.”

Police are requesting that anybody with dashcam video or information regarding the collision get in touch with them right now.