Skip to content
Go Home «» News «» All News «» 10 stabbed to death in Canada: Suspects are accused of murder and other offences 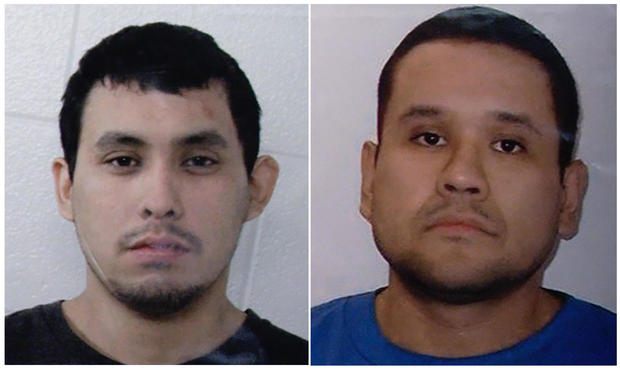 Authorities in Canada looked for two men on Monday who are said to have fatally stabbed 10 people in an Indigenous settlement and a neighbouring town.

As the enormous search after one of the nation’s bloodiest mass murders began its second day, police charged both suspects with murder and other offences.

The guys are also accused of hurting 18 others in the string of stabbings that shocked the neighbouring community of Weldon and prompted the James Smith Cree Nation to declare a state of emergency.

Prime Minister Justin Trudeau denounced the stabbing incidents on Monday and urged anybody with information to get in touch with the police.

The atrocities that occurred in Saskatchewan yesterday are surprising and tragic, according to Prime Minister Trudeau. “Violence of any type, including this kind, has no place in our nation.

We continue to actively watch the situation, of course, and we encourage everyone to be informed about any developments provided by the authorities.

Keeping you and your loved ones safe comes first. So please exercise caution, and if you see anything or have any information, contact 911 to report it.”

In an act of solidarity, all flags flying above federal facilities in Saskatchewan have been lowered to half-staff, according to Trudeau.

Residents of Saskatchewan are on edge as a result of the assaults.

“Nobody will ever sleep again in this town. They’ll be too afraid to even open their door “Ruby Works, a resident of Weldon and a relative of one of the victims, stated.

In the meanwhile, police claimed that a car purportedly transporting the two suspects had been seen around 210 kilometres south of the places where the stabbings took place. They may be driving a black Nissan Rogue, according to police earlier.

The suspects, according to police chief Evan Bray, are thought to be in Regina, the provincial capital.

On Monday, Bray said in a video broadcast to social media that the suspects were still at large.

“Lots of people are grieving. This morning and yesterday, there was a lot of worry in our province and in our villages “said he.

Damien Sanderson, 31, and Myles Sanderson, 30, were named as the suspects. Police withheld information about them and did not clarify whether the two are linked.

Rhonda Blackmore, assistant commissioner of the Royal Canadian Mounted Police in Saskatchewan, stated, “It is awful what has happened in our province,” adding that there were 13 locations where either dead or wounded persons had been discovered.

According to reports, Damien Sanderson is a 5’7 “and around 155 pounds in weight. 6’1” According to the police, Myles Sanderson “200 pounds, approximately”.

Blackmore said that although some of the victims seemed to have been singled out for assault by the accused, other victims appeared to have been victimised at random.

According to authorities, there are now 18 people who have been reported hurt, up from 15 the day before.

She was unable to provide a reason, but the Federation of Sovereign Indigenous Nations’ head made a statement that implied drugs may have been a factor in the stabbings.

Two emergency operations centres were established by the elected officials of the Chakastaypasin Band and the Peter Chapman Band, two of the three communities that make up the James Smith Cree Nation.

Chief Calvin Sanderson of Chakastaypasin, who is reportedly unrelated to the accused, said that the sad events had devastated everyone.

The victims, according to Sanderson, were “our families, our friends.” It is quite horrifying.

Chief Bobby Cameron of the Federation of Sovereign Indigenous Nations said, “This is the destruction we face when harmful illegal drugs invade our communities.

We demand that all authorities take direction from the chiefs and councils and their membership to create safer and healthier communities for our people.

Lana Head, the mother of Michael Brett Burns’ two kids and his ex-partner, was one of the 10 people that died.

Burns told the Aboriginal Peoples Television Network, “It’s disgusting how prison time, drugs, and alcohol can wreck many lives. I’m pained by all of these losses.

Myles Sanderson was listed as sought by Saskatchewan Crime Stoppers in May of last year, stating that he was “illegally at large.”

The assault is one of Canada’s bloodiest mass murders in recorded history. In 2020, a guy posing as a police officer carried out the bloodiest gun rampage in American history, shooting people in their houses and starting fires all throughout the province of Nova Scotia, killing 22 people.

In Toronto in 2019, a person killed 10 people while driving a van. However, mass murders are less frequent in Canada than they are in the US.

Although deadly mass stabbings are less common than mass shootings, they do occur sometimes. 29 people were fatally stabbed and slashed in 2014 at a railway station in Kunming, a city in southwest China.

19 persons lost their lives in a mass stabbing that occurred in 2016 at an institution for the mentally challenged in Sagamihara, Japan.

Doreen Lees, an 89-year-old grandmother from Weldon, said that while her daughter was drinking coffee on her veranda early on Sunday, a vehicle sped by and they both believed they spotted one of the suspects.

Lees said a guy came up to them and claimed to be wounded and in need of assistance.

However, according to Lees, the guy fled when her daughter indicated she would phone for assistance.

“He refused to reveal his face. His face was covered by a large jacket. When we asked him for his name, he sort of muttered it again, but we still couldn’t make it out “She said.

“He stated the damage to his face was so severe he couldn’t display it.”

The woman described the guy as being alone and “a bit shaky.”

“I decided to follow him a short distance to make sure he would be alright. Don’t pursue him, my daughter said; come back here.”

Wes Petterson has been identified as one of the victims by Weldon locals. The 77-year-old widower, according to Ruby Works, was like an uncle to her.

“I fell to the ground after collapsing. She recalled hearing the news, “I’ve known him since I was just a little girl,” and continued. She claimed that he cherished his cats, took great pride in his homemade Saskatoon berry jam, and frequently offered assistance to his neighbours.

“He took no action. He wasn’t entitled to this. He was a decent, compassionate man,” Works said.

Robert Rush, a local of Weldon, added that the victim was a kind-hearted widower in his 70s.

He claimed, “He wouldn’t hurt a fly.”

Rush claimed that Petterson’s grown grandson called the police while he was in the basement at the time.

The regular Sunday service at the Weldon Christian Tabernacle Church started with a special prayer for the victims and their families.

At the James Smith Cree Nation, a convenience store that also doubles as a gas station turned into a meeting place for locals who exchanged hugs and tears of joy.

We will remain closed until further notice due to safety concerns with our community, read a sign on the door.

The hunt for the suspects was conducted as spectators flocked to Regina for the annual Labor Day game between the Saskatchewan Roughriders and Winnipeg Blue Bombers of the Canadian Football League, which was also sold out.

In a press statement, the Regina Police Service said that it was collaborating with Mounties to search for and apprehend the individuals on numerous fronts and that it had “deployed extra resources for public safety around the city, including the football game at Mosaic Stadium.”

At 5:40 on Sunday morning, reports to the police concerning stabbings started to come in. As the two suspects remained at large, the notice that was first issued by Melfort, Saskatchewan, RCMP at 7 a.m. was subsequently expanded to include Manitoba and Alberta.

According to the Saskatchewan Health Authority, several individuals were receiving care at various locations.

In response to the rush of victims, “a need for more employees was made,” authority spokeswoman Anne Linemann said in an email.

The flag flying above Canada’s parliament building in Ottawa, according to Canadian Prime Minister Justin Trudeau, will be lowered to half-staff in remembrance of the victims.

Trudeau added, “We grieve with the people of Saskatchewan and with all those impacted by this horrific murder.

»10 stabbed to death in Canada: Suspects are accused of murder and other offences«