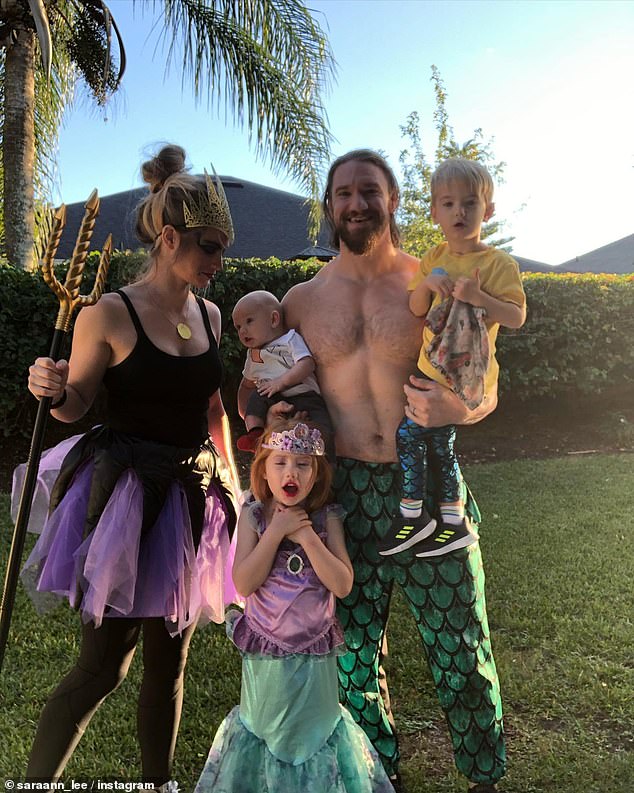 The death of former WWE wrestler Sara Lee at the age of 30 was disclosed by her mother on Thursday.

The day before her death, Lee, who won the sixth season of WWE’s reality program Tough Enough in August 2015, shared a photo of herself in gym attire.

She commented, “Celebrating finally being healthy enough to go to the gym two days in a row – my first sinus illness kicked my butt.”

Terri, the mother of Lee, posted the news on Facebook, but did not specify the cause of death.

She stated, “It is with sorrowful hearts that we deliver the news that Sara Weston has gone to be with Jesus.”

“Everyone is in shock, and preparations are not yet finalized.” We request that you allow our family to mourn in privacy. We all require prayers, particularly for Cory and her children.

Sara Lee posted her final Instagram photo on Wednesday (above), with the caption: “Celebrating finally being healthy enough to go to the gym two days in a row – my first sinus illness kicked my butt.”

Lee was wed to fellow wrestler Cory Weston, and the couple has three children together.

Lee was married to Cory Weston, also known as Wesley Blake in professional wrestling, and the couple had three children.