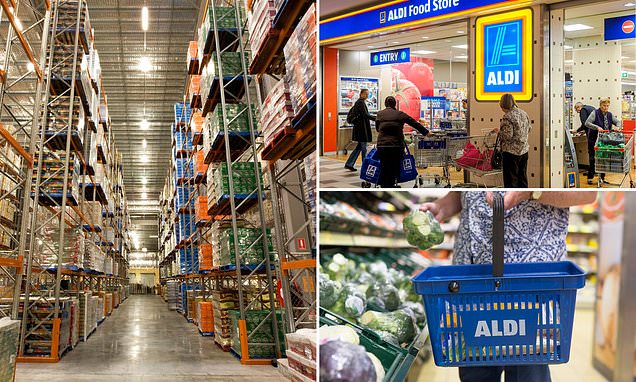 The grocery chain Aldi was found to have underpaid employees at one of its distribution centers by forcing them to start working before their scheduled start time, according to the Federal Court.

After a Federal Court judge concluded the grocery giant underpaid warehouse workers in Sydney, Aldi could be responsible for millions of dollars in compensation.

The court ruled that Aldi violated labor regulations by ordering employees to arrive 15 minutes before their scheduled start time.

Before reporting to work, employees at a Sydney distribution center had to do a number of activities, such as inspecting communication devices, performing safety checks on forklifts, and participating in a warm-up activity with the group.

Aldi argued that it did not underpay its employees and that they were merely expected to be ready to work at the start of their scheduled shifts.

However, Judge Douglas Humphreys stated that he was satisfied there was a ‘clear implied directive’ that staff had to appear early and perform those responsibilities, and that failing to comply on a consistent basis would result in disciplinary action.

‘The employee received no personal profit from the acts performed. ‘Each was to the employer’s benefit,’ he said in his conclusions.

The court is convinced that the activities performed constitute work in these circumstances.

The SDA retail and warehousing union claims Aldi owes up to $10 million in unpaid wages to distribution center workers for working an extra 10 minutes per shift.

It claims that the decision will affect around 4,000 current and former employees, a claim that Aldi disputes.

The corporation stated that it respects the court’s verdict and was calculating how much money was owed to four employees who were directly affected by the proceedings.

‘We are examining the impact of the court’s ruling on additional employees across our business and will strive to apply the court’s decision principles properly to any other affected employees,’ an Aldi spokeswoman said on Wednesday.

‘The SDA figures are greatly overstated and do not reflect the number of employees we feel would be affected by the decision.’

The SDA stated that it was still calculating specific back-pay amounts for its members.

‘Contrary to how the multinational likes to promote itself in marketing s, Aldi is not good or distinct.

‘Multinational corporations operating in Australia are not permitted to make their own rules.’

Judge Humphreys is yet to make any orders regarding penalties. The parties are scheduled to return to court on Friday for a directions hearing.

Judge Humphreys has yet to issue any penalty orders. The parties are due back in court on Friday for a directions hearing.