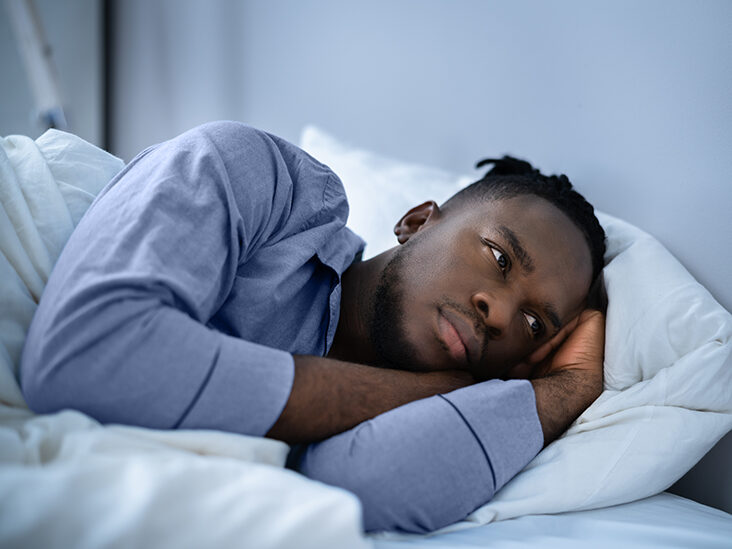 A detailed clinical interview is the first step to a diagnosis. The patient should also keep a sleep diary, noting when he or she sleeps and wakes up. If possible, graphing the data can help to visualize the pattern. If the patient’s sleep is disrupted, such as during daytime, it may be difficult to recognize a non-24 pattern. The patient may also be experiencing periodic insomnia and excessive daytime sleepiness.

Circadian rhythm sleep-wake disorder is a common condition that affects circadian rhythms of sleep and wakefulness. Patients with this disorder experience irregular sleep and wake times and are often awake throughout the day. There are several types of this disorder. There is the advanced sleep phase, which causes individuals to sleep two hours earlier than they usually would, and the non-24 h sleep-wake phase, which is characterized by a lack of a clear rhythm.

Circadian rhythm sleep-wake disorder is frequently misdiagnosed, and there are few data to support clinical algorithms for diagnosis and treatment.

Furthermore, the prevalence of this disorder varies greatly due to varying case definitions, methodological factors, and environmental factors. The purpose of the present study was to estimate the prevalence of this disorder in the general population of Cyprus and to suggest clinical parameters for assessing patients with atypical sleep schedules. The study utilized questionnaires to assess symptoms and determine the time of day that patients were awake and asleep.

Non-24 hour sleep wake disorder (N24) is a condition in which a person’s circadian rhythm is out of whack. As a result, people with this disorder struggle to maintain a regular sleeping schedule and often experience daytime sleepiness. They often suffer from depression and other symptoms related to their lack of sleep. The condition is also very disabling, leading to feelings of loneliness and isolation.

Sleep is a complex biological and psychological process. There are various reasons that sleep-wake cycles are disrupted, including the environment. Treatments for these disorders vary, but often include changes in lifestyle. Some changes include short naps, avoiding caffeine, alcohol and large meals before bed, and exercising daily. Patients also need to take care when driving or walking down stairs, as their condition can lead to accidents.

The main symptoms of non-24 hour sleep wake disorder are daytime sleepiness and nighttime insomnia. The cause is unknown, though it is believed to have a genetic component. People with a genetic predisposition for this disorder are more likely to develop it than those with a low risk factor for it.

Can Happen In Sighted People

Non-24 Hour Sleep Wake Disorder is a disorder that affects the human circadian rhythm. Patients with this condition will sleep later than usual and wake up later than usual. It affects both sighted and blind people, but it’s more common in the latter. It’s also known as Free Running Disorder or Hypernychthemeral Syndrome.

Non-24 Hour Sleep Wake Disorder is caused by the brain’s circadian clock, a group of nerve cells that signals the body when it’s time to sleep or wake. The body clock requires light to signal its waking and sleeping rhythms, so when light doesn’t reach the brain, it runs slightly longer than normal. Over time, these extra minutes add up to an out-of-sync personal rhythm. Non-24 Hour Sleep Wake Disorder can also occur in people who have a normal circadian rhythm.

Non-24 Hour Sleep Wake Disorder can happen in people who are sighted, but the cause is unknown. Some studies show that men have a longer circadian rhythm than women. Regardless of the cause, this disorder can lead to severe cognitive dysfunction and depression. It usually occurs during adolescence and young adulthood two adults can sleep on a full mattress , but it can affect anyone at any age.

Non-24 hour sleep wake disorder is a sleep disorder in which the sleep cycle is disrupted. This condition presents itself in two distinct forms: periodic insomnia and free-running sleep. Both forms make it difficult for the person to maintain a regular schedule. Fortunately, there are treatments available for non-24.

Patients with this disorder have a non-normal circadian rhythm, which is difficult to control. The result is that they sleep for varying periods throughout the day and lack a recognizable rhythm. In addition to irregular sleep patterns, patients with N24 exhibit excessive daytime sleepiness and fatigue. They may also have trouble concentrating and remembering things.

Treatment options for non-24 hour sleep wake disorder (N24SWD) include melatonin supplements for better sleep. Also, one can adopt healthy coping mechanisms to deal with such conditions. The combination of these two approaches is more effective than either one alone. However, these treatments are restrictive and difficult to maintain. As a result, some patients may not tolerate these treatments.

Non-24 Hour Sleep Wake Disorder (N24SWD) is a sleep disorder characterized by irregular sleeping and waking cycles. Patients with N24SWD have a late-morning wake-up time that is not associated with their normal sleep and wake-up times during the night. The cause of N24SWD is unknown, but it is thought to have a genetic component. However, this disorder rarely runs in families. It is also unlikely to develop in people with more than one risk factor.