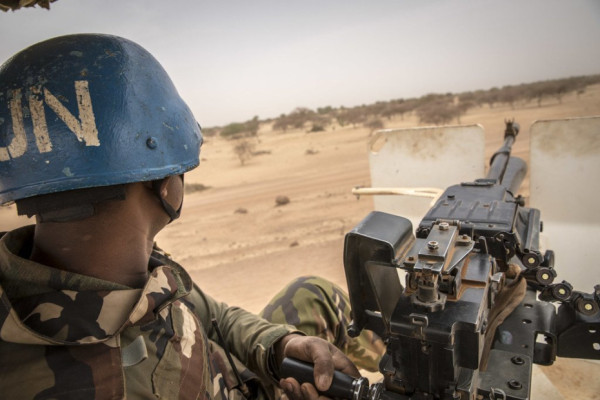 On Wednesday, UN Secretary-General António Guterres reiterated the Security Council’s and other organisations’ vehement condemnation of the deaths of two more UN peacekeepers in northern Mali.

The blue helmets, who were part of the UN Stabilization Mission in Mali (MINUSMA), perished on Tuesday after their armoured vehicle struck an IED around 60 kilometres northeast of Gao.

In addition to the two Egyptian peacekeepers who died in the attack on a supply truck on the Tessalit to Gao route, nine other Egyptian blue helmets also suffered significant injuries.

“The Secretary-General expresses his deepest condolences to the families of the victims, as well as to the Government and people of Egypt, whose soldiers continue to pay the highest price in the service of peace in Mali. He wishes a speedy recovery to the injured,” his spokesperson said in a statement, which also urged the authorities to bring those responsible to justice swiftly.

The outrage may constitute a war crime, said MINUSMA, which noted how attackers frequently used improvised explosive devices to try to “paralyze the operations of the UN Mission and to obstruct the return to peace and stability in Mali”.

Since it was founded almost ten years ago, 177 of its soldiers have died, including four last month, according to MINUSMA.

Terrorists claiming to be linked with the Islamic State have long controlled northern Mali, as well as the country’s centre and the neighbouring nations of Burkina Faso and Niger.

The UN Security Council denounced the assault and expressed worry about Mali’s ongoing lack of security. Mali has been dealing with political and humanitarian issues since since the military overthrew the government in a coup over two years ago.

The country’s military authorities, who seized power in May last year, extended an 18-month political transition deal that was scheduled to finish in March this year to 24 months.

MINUSMA’s responsibility in Mali is to continue to assist free and fair elections as part of its mandate.

The deaths take place as the UN Secretary-General applauds the removal of Mali’s embargo by the ECOWAS regional economic bloc in a statement.

The decision was made in response to developments on the schedule for transitional rule in Mali, which Mr. Guterres highlighted in his statement were anticipated to be finished by March 2024 “at the latest.”

The transition to elected civilian administration was first delayed by four years, as stated by military officials in January.

The UN chief also urged Mali’s allies to support reform efforts and the upcoming elections’ full observance of the principles of equity and freedom.

Mr. Guterres insisted that the 2015 Peace and Reconciliation Agreement continues to be a crucial foundational document for Mali before urging all parties who signed the agreement to “redouble” their efforts to put it into effect, including by holding a high-level meeting on the disarmament, demobilisation, and reintegration of former combatants into civilian life.