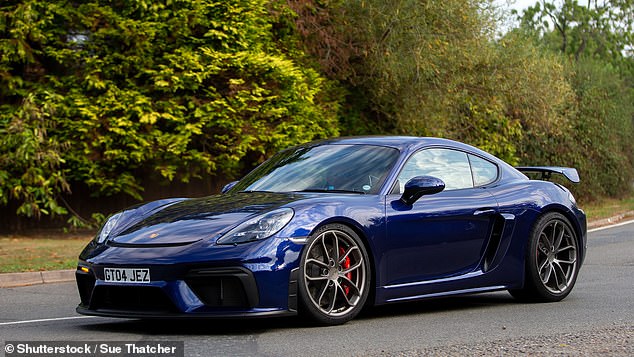 Two individuals have been killed when the Porsche they were driving in struck a tree in a tragic incident.

The blue Ferrari smashed into a tree on Lower Road in Royston, Hertfordshire on Saturday.

The 150mph vehicle careered off the peaceful rural road near the little community of Croydon.

Emergency responders were summoned at approximately 4.45pm but the individuals were confirmed dead at the spot.

Sergeant Simon Cooper, of the joint roads policing team, said: ‘Our sympathies are with the family and friends of those who perished and everyone else touched by such a dreadful occurrence.

“This is a remote, rural region, and we would really want to hear from anybody who may have seen anything in this area that might throw light on what has occurred.

We are particularly interested in hearing from anybody who may have dash cam video that will aid with our inquiry.

Two persons tragically lost their lives in a car accident on the boundary between Bedfordshire and Cambridgeshire, according to Bedfordshire Police, who added: “We are looking into it.”

“We received a call just before 4.45 p.m. yesterday (Saturday) about claims that a vehicle had collided with a tree in Lower Road, Croydon.

‘Sadly, both passengers of the blue Porsche involved were declared deceased at the site.’

If you have any information, call 101 and mention Operation Empire.