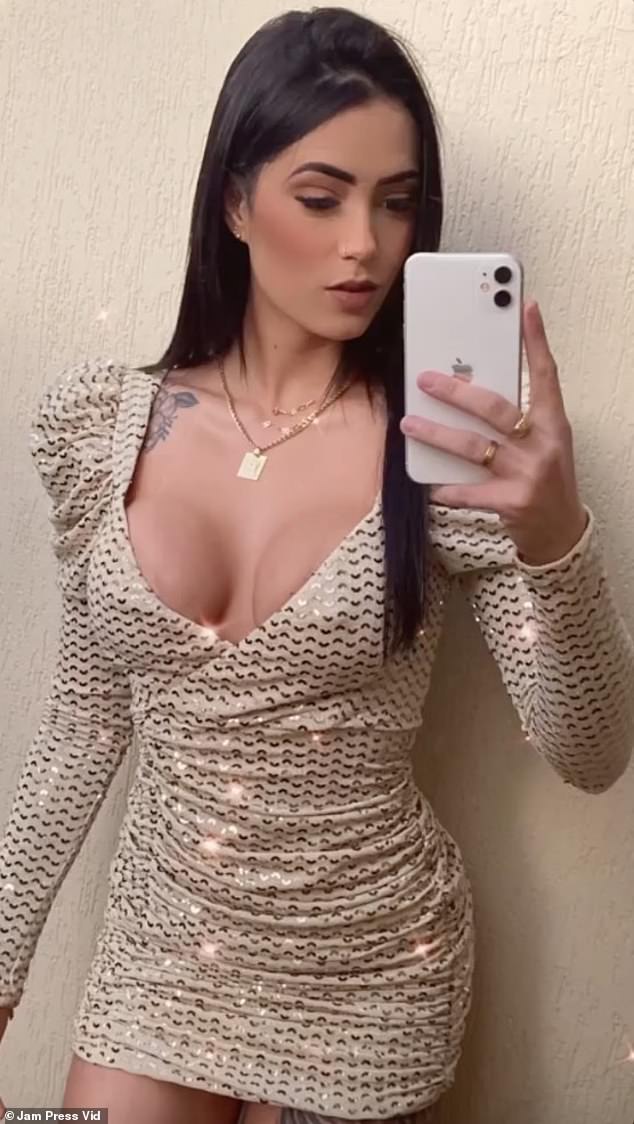 In her own house, a Brazilian beauty influencer was fatally murdered by two assailants who then made off on a motorcycle.

On the evening of October 14, Brazilian content creator Nbia Cristina Braga, 23, commonly known as “Boss,” was discovered at her residence in the Santa Maria neighborhood of Aracaju, Sergipe State.

Nbia visited a hair shop moments before she was assassinated. She had over 60,000 Instagram followers and aspirations of becoming a well-known influencer worldwide.

She apparently posted a photo of herself getting her hair done on Instagram Stories Friday.

Shortly after returning home, the young influencer was fatally shot.

Two males reportedly came at her residence on a motorcycle and entered the building via the unlocked front door, according to the police.

According to reports, the assailants shot Nbia many times as soon as they noticed her and then fled the area.

Around 9 o’clock at night, police arrived at the house and discovered the victim dead on the floor in a pool of blood.

The public has been urged by local authorities to come forward with any information that may result in the arrest of the offenders.

Her aim, according to friends, was to become a well-known Instagram influencer worldwide.

They also praised Nbia as a person, describing her as upbeat, sociable, trustworthy, and independent.

She was also honored for her volunteer work and assistance in planning events for Children’s Day and Christmas in Santa Maria, where she lives.

Nbia assisted everyone and conducted voluntary work, according to her aunt Cláudia Menezes. She left leave a legacy.

The inquiry is still underway, and the authorities have not disclosed a potential motive for the influencer’s death.

On her last posts, several of Nbia’s online fans offered condolences. One Instagram user wrote: “My JESUS, the lady just posted a Story three hours ago and was cruelly killed, only GOD can console her family and friends.”

Rest in peace, princess; you were a beautiful girl, commented another person.

Someone else commented, “There is no one like you, you are unique.” “Rest in peace,”

Another person added, “May your journey be calm, God is with you.”