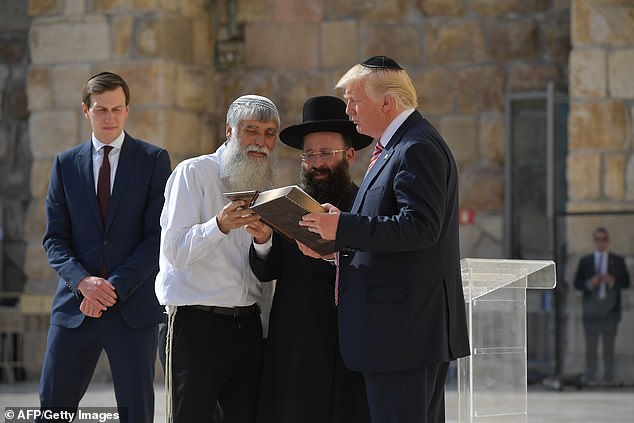 On Sunday morning, Donald Trump attacked the American Jewish community for not being “more grateful” of the work his administration has done with Israel.

The former president said that he was so well-liked there that he may succeed as the nation’s next prime minister.

It happens shortly after rapper Ye, formerly known as Kanye West, who was a well-known buddy of his, was banned from Instagram and Twitter due to a litany of anti-Semitic remarks.

“I have done more for Israel than any President.” Surprisingly, however, Jews, particularly those who reside in the United States, are considerably less grateful of this than our lovely Evangelicals,’ Trump remarked on his Truth Social app.

The situation is different for those who reside in Israel, where P.M. has the highest acceptance rating worldwide.

Before it’s too late, American Jews need to get their act together and appreciate what they have in Israel, said Trump.

It’s important to note that Jared Kushner, Donald Trump’s son-in-law, is a devoted Jew. Before she wed Kushner, Ivanka Trump converted to Judaism.

Boundless Israel co-founder Aviva Klompas said in a post that Trump had threatened US Jews.

By urging American Jews to support him because of Israel, Trump is stoking the antisemitic trash fire. And to top it all off, he issues a subtle threat,” wrote Klompas.

Journalist Craig Unger said on the forum, “How amazing to hear an anti-Semitic fascist millionaire pleading for support from Jews.”

Similar religiously divisive statements by Trump have previously been made, notably in 2019 when he labeled American Jewish voters who voted Democrats as being “disloyal.”

He again came under criticism in December 2021 when, using the ‘Evangelical’ parallel once more, he told Israeli-based journalist Barak Ravid for his book that it was ‘dangerous’ that more American Jews on the left did not support Israel.

There are Jews in this nation who no longer support Israel. The evangelical Christians in our nation love Israel more than the Jews, I can assure you of that.

The Anti-Defamation League and other civil rights organizations criticized the remarks.

The 2020 presidential election continued the historical pattern of American Jews supporting the Democrats.

Trump has been a strong supporter of Benjamin Netanyahu’s hardline administration in Israel throughout his time in the White House.

Conservative Jews at home and abroad praised him for overturning decades of US policy in the unstable area, which included transferring the embassy from Tel Aviv to Jerusalem.

Trump’s Sunday morning outburst comes amid a disturbing spike in threats and assaults against vulnerable groups, even if the attitude isn’t particularly new.

Synagogues and other Jewish community centers around the nation are on high alert due to a recent upsurge of anti-Semitism.

Rapper Ye was banned from the platform after tweeting last week that he would commit “death con 3” on Jews.

He was defended by certain right-wing extremists and conservative commentators who said he was silenced for practicing his free speech.