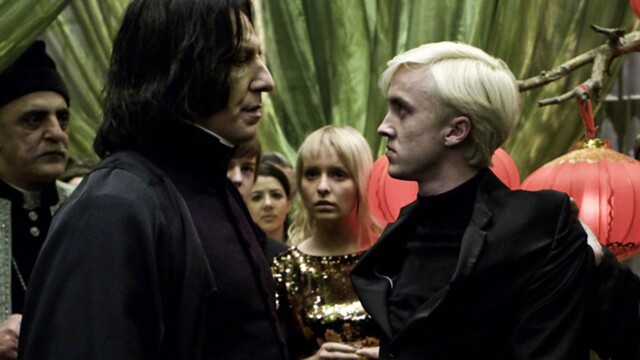 Tom Felton, who portrayed Darco Malfoy in the “Harry Potter” films, described working with the late Alan Rickman as “terrifying in the most enjoyable manner.”

While filming a scene for “Harry Potter and the Half-Blood Prince,” Felton recalls being admonished by Rickman, who portrayed the menacing Professor Severus Snape, for stepping on Rickman’s long black robe.

“Eventually, Alan Rickman told me in no uncertain terms, ‘Don’t trample on my fucking cloak'” Promoting his forthcoming biography “Beyond the Wand: The Magic and Mayhem of Growing Up a Wizard,” Felton claimed in an Instagram video.

“I almost laughed,” he continued. “The Death Eaters and I exchanged glances and wondered, “Is he joking?” It became immediately evident that he is not joking.”

Felton stated that they continued shooting the sequence while he attempted to be mindful of his footing. It didn’t help.

“In the next take, the director insisted that I get as near to Alan as possible,” Felton explained, recalling that he walked on Alan’s coat halfway down the Great Hall. “You must remember that his coat is fastened around his neck. I almost murdered the poor man! He turned around and gave me a dreadful look.”

They re-shot the sequence, but this time, according to Felton, “someone else” stomped on Rickman’s coat.

“That relieved some of the pressure,” Felton remarked. “However, I will never forget their words: ‘Don’t trample on my fucked-up cloak'”

Rickman died in 2016. Recently, his recollections of working on the series have been in the headlines, as passages from his journal will be published in the October 18 release of “Madly, Deeply: The Diaries of Alan Rickman.”

In the book, he called the elder cast members “glorified extras” and characterized a sequence from “Harry Potter and the Goblet of Fire” as “two days of standing quite still, applauding twice, and watching the others dance.”