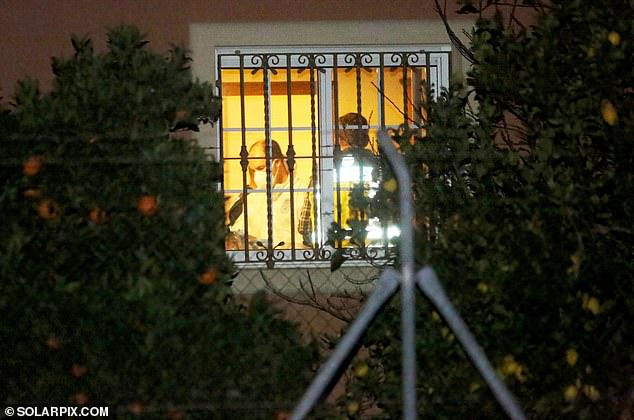 The 15-year-old shot his mother with his grandfather’s hunting rifle before turning it on his younger sibling and father, after being prohibited from using the internet and television.

Before the awful crime was uncovered, he stayed with their bodies for several days in the family house in La Algoda, near the Costa Blanca town of Elche, south of Alicante.

The triple adolescent murderer, identified only as Santi for legal reasons, was sentenced to six years in prison and three years of probation on Saturday for the crime he committed earlier this year.

Before being moved to an adult jail, he is anticipated to serve the majority of his sentence, the maximum permissible under Spanish law for a child of his age, in a closed institution for juvenile offenders.

According to local sources, he confessed to committing the killings on February 8 at a trial that took place behind closed doors owing to the involvement of a kid.

If he had been one year older at the time of his offenses, he could have received a ten-year prison sentence.

Respected Alicante-based newspaper Diario Informacion reported that families of his victims will continue their efforts to disinherit him.

The teen told doctors after his arrest that he had behaved in a fit of wrath because he had been left without a computer or television, prohibited from going out with his friends, and forced to perform household duties.

He shot his brother Gonzalo in the back as he attempted to leave after murdering his mother Encarni, hid their bodies in a storage closet, and then used the same pistol to kill his father Jaime when he got home later that day.

His injured father was able to pull the weapon from the hands of the young killer and toss it on the ground before the teen returned and fired two more rounds.

He spent the next three days playing video games in his room, pretending as a relative to phone his school and say that he had Covid in order to gain time.

After his anxious aunts showed up at the family home, he finally confessed.

Psychiatrists and other experts who examined him after his arrest ruled out any mental disease and wrote in a report that he described his actions with ‘coldness and without remorse.’

At the time of the murders, it was reported that the’shy’ student had read a book about a 16-year-old who murders his father and wounds two of his three brothers.

The Angry Age, written by the prize-winning Spanish author Nando Lopez, focuses on a fictional attack by a youngster named Marcos, who kills his father with a typewriter and uses scissors to attack his other victims.