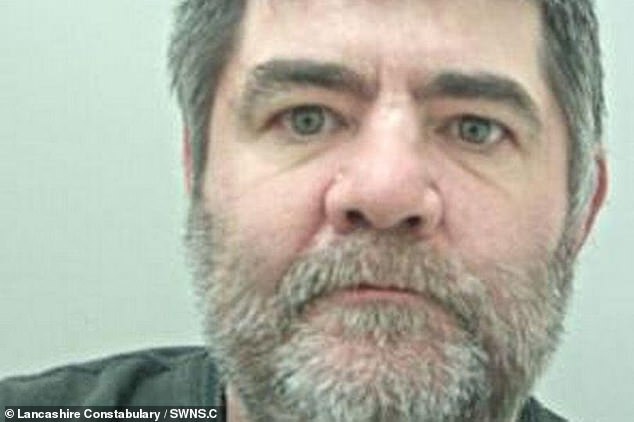 A convicted sex offender was incarcerated once more after disguising as a schoolgirl in order to converse with students and supplying two young boys with alcohol.

Last November, he reportedly attempted to strike up a conversation with three girls aged 10 to 15 by asking if they liked his tie.

In May of this year, he met two runaway teens who had been reported missing from their group home, the court heard.

He brought them back to his home, where they smoked cigarettes and drank cider.

Prosecutor Kathryn Johnson told the court: ‘Police received a contact from Blessed Trinity’s safeguarding lead stating that three female students between the ages of 10 and 15 had observed a man on Queen Victoria Road wearing a uniform matching their own.

The following day, he was detained at his residence and the school uniform was retrieved from his bedroom.

The defendant was interviewed the same day and told police he didn’t speak to the girls, but he accepted that he had been wearing the uniform, stating he does so for comfort.

Nicholson was sentenced to 16 months in prison by Judge Stephen Unsworth KC for twice violating his sexual harm prevention order.

This order was in effect when Nicholson was sentenced to 18 months in prison in 2019 for 60 counts of child sex abuse.

The judge prohibited Nicholson from wearing school uniform-related attire and ordered him to sign the sex offenders registry indefinitely.

The event occurred in Burnley, Lancashire, outside of Blessed Trinity College (pictured)

He stated, “The picture provided before the court is exceedingly troubling for the parents and guardians of these youngsters.”

“If you repeat this behavior, you can anticipate longer prison sentences; you must keep away from children and quit this behavior.”

Anna Chestnutt, defending Nicholson, stated that his behavior was inappropriate and that he would not repeat it.

Regarding the May offenses, Ms. Chestnutt stated that her client met the lads on a bus, and it was they who spoke to him first.

She stated, “Nothing sexual occurred during the hour they spent at his residence.”

The police were notified of the incident involving the two young boys after an employee reported them missing from their residential care facility.

When the lads eventually came home, they disclosed that they had met the defendant and requested to return to his residence, to which he consented.

The court was informed that they remained for around one hour before leaving and returning to Blackburn.