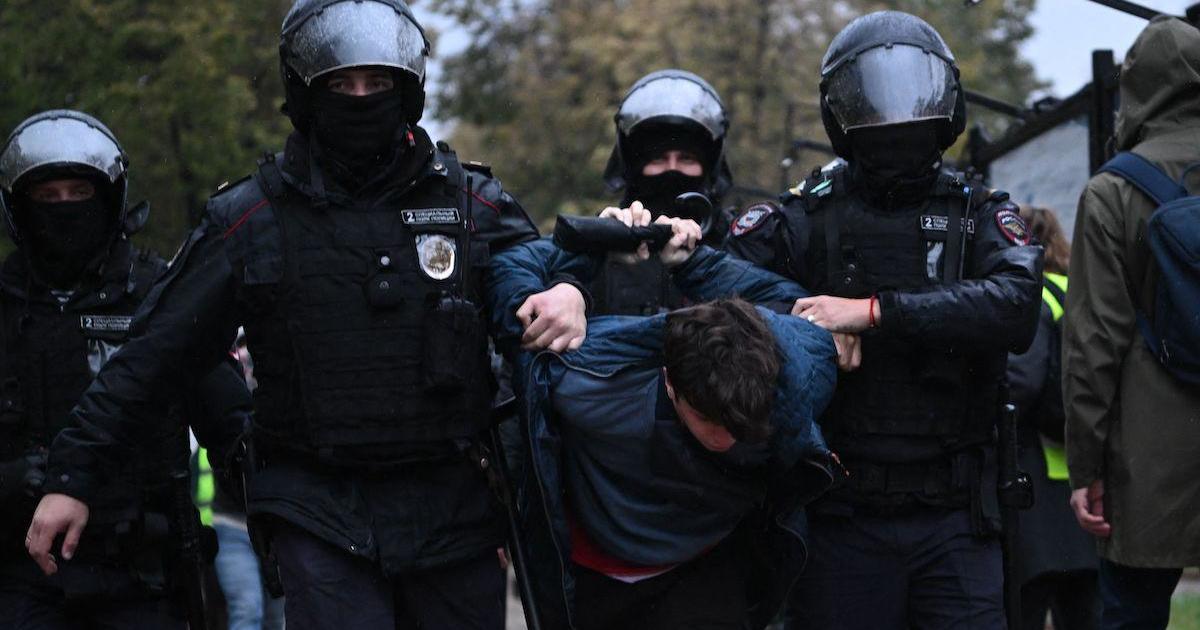 The protests followed those that broke out shortly after Putin announced the call-up of knowledgeable and talented army reservists on Wednesday in an effort to bolster his volunteer troops fighting in Ukraine.

Although the Defense Ministry estimated that roughly 300,000 personnel would be called to active duty, the directive provided room for many more people to be recalled. Russian males between the ages of 18 and 65 are often classified as reservists.

Police were heavily present in the locations where Vesna demonstrations and rallies in favour of Alexey Navalny, the imprisoned opposition leader, were planned for Saturday. Before demonstrations could be held, they moved fast to arrest the majority of the participants, who were young people.

A large police presence patrolled a central Moscow location where a demonstration was scheduled and verified the IDs of onlookers. Officers gathered anyone they thought may be suspect.

Before cops removed a young lady, she stood on a seat and said, “We aren’t cannon fodder!”

Small groups of protesters were able to congregate and yell slogans in St. Petersburg before being apprehended.

Over 70 individuals were imprisoned in the eastern Siberian city of Novosibirsk after singing a harmless song from the Soviet period that praised peace.

Police in Irkutsk, another Siberian city, issued summonses to males who participated in a demonstration to go to the military conscription offices.

Individual pickets, which are permitted by Russian legislation, were attempted by several people who were also imprisoned.

Following the dispersal of the rallies on Wednesday, when more than 1,300 people were arrested in Moscow, St. Petersburg, and other cities, the police moved swiftly.

Putin swiftly approved a law that toughens the penalties for troops who defy orders, defect, or turn themselves in to the enemy, and he signed it on Saturday.