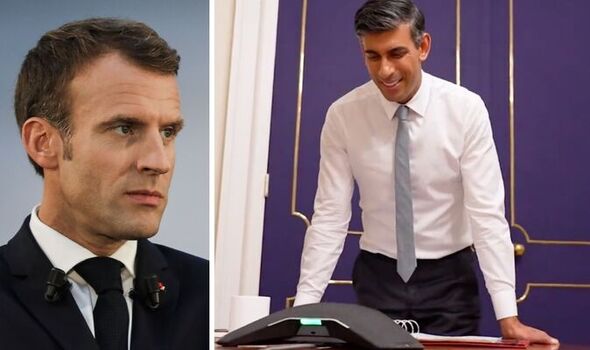 This morning, the Prime Minister spoke with French President Macron.

This morning, the Prime Minister spoke with French President Macron.
President Macron thanked him on his appointment, and Prime Minister May emphasized the significance he places on the relationship between the United Kingdom and France, our neighbor and partner.
The leaders agreed that collaboration between the United Kingdom and France is crucial in a vast array of sectors, including Ukraine, environment, defense, and the economy. The Prime Minister further highlighted the historical and cultural ties between our nations, citing President Macron’s eloquent remarks following the passing of Her Majesty The Queen as evidence.
The Prime Minister and President Macron discussed a variety of international concerns, including the invasion of Ukraine by Russia. They concurred on the significance of continuing to help Ukraine. As a result of Putin’s invasion, people across Europe are facing a harsh winter with soaring energy bills, so the leaders have vowed to work together to secure a more stable energy future. This involves expanding nuclear energy cooperation.
The Prime Minister emphasized the need for both nations to render the Channel route unprofitable for human traffickers. The presidents vowed to strengthen our relationship to deter lethal crossings of the English Channel that benefit organized criminals.
The Prime Minister and President Macron anticipated meeting soon and conducting a UK-France summit the following year.