Skip to content
Go Home «» News «» All News «» Parliament approved notes on Sept. 8 amid rumours of the Queen’s death 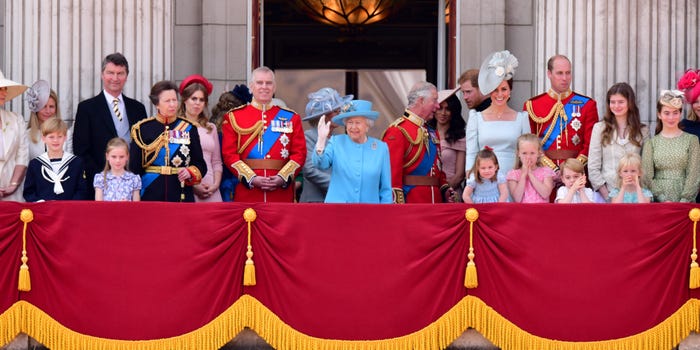 On Thursday, September 8, while notes were being circulated around Parliament, rumours of Queen Elizabeth II’s impending death started to circulate.

This caused a wave of mutterings and worried stares among journalists and politicians.

Twitter exploded with jokes and memes when the Palace said that “doctors were worried about the Queen’s health,” which was quickly followed by criticism to the jokes. also a response to a response.

When Buckingham Palace announced the Queen’s passing at 6:30 p.m. British Summer Time (BST), the chaos on Twitter didn’t end; it only got worse.

Social media is still split, three days after the Queen passed away, on whether it is appropriate to criticise the monarchy at this time.

But another topic that has been revived by the discussion is whether the Royal Family is still relevant in today’s society, especially in light of its largely unrevised colonial past.

Some Twitter users who spoke about the monarchy’s racial heritage had their accounts suspended or looked into.

Following the Queen’s passing, a large number of people submitted jokes and dances on TikTok as well as films denouncing the monarchy’s colonial past.

However, there were no stories of TikTok users receiving criticism from their bosses, being called out by wealthy pundits, or receiving a barrage of abusive tweets in return.

In a contentious exchange, Harry and Meghan revealed that racism played a “large part” in their decision to leave the UK, criticised the Royal Family for failing to denounce racist coverage of Meghan in the British media, and revealed that an unnamed Royal had made racist remarks about their son’s skin tone.

It sparked a discussion about the Royal Family’s racist past, which dates back centuries and includes connections to Britain’s slave trade in the 1500s, numerous racist statements made in public by the Queen’s husband Prince Philip before his death in 2021, and discriminatory hiring practices.

It came a year after the revival of the Black Lives Matter movement, which sparked protests around the world.

The news of the Queen’s passing caused that subject to come up again. And it wasn’t warmly received.

According to a tweet from Talksport, the radio station is looking into tweets made by former soccer player and current sports radio broadcaster Trevor Sinclair on the day of the Queen’s passing.

Sinclair stated in his since-deleted tweets that people of colour shouldn’t be expected to grieve the Queen’s passing since racism was allowed to “thrive” under her rule, according to a number of media sources.

In a story titled “Have they no shame?” published by the Daily Mail, journalists Tirhakah Love, Jemele Hill, and Eugene Scott were among others who were chastised for making such remarks on social media.

May her suffering be unbearable.” The tweet was taken down and replaced with a notice stating that it “violated Twitter rules,” but the response and debate had already begun. Her remarks were condemned by Carnegie Mellon, although several well-known Twitter users posted in favour of her. Jeff Bezos joined the discussion.

Anya said in an interview with The Cut that while her Twitter account had been shut, “the hatred is trickling into my email inbox.”

Social media is still split on whether or not the passing of important people should spark discussion about their legacies.

The issue of when it is appropriate to criticise the dead has not been effectively addressed by social media in the past. People who tweeted that Kobe Bryant was accused of rape received harsh response after his passing. From Rush Limbaugh to Ruth Bader Ginsberg, those who criticise prominent icons after their deaths often stir up controversy, whether they are pointing out minor flaws or troubling pasts.

This conflict may arise in part as a result of the fact that social media users are not subject to the same standards of decency as conventional media.

According to Robert Thompson, founding director of the Bleier Center for Television and Popular Culture at Syracuse University’s Newhouse School of Public Communications, “social media has dramatically dropped the borders of what’s considered polite and respectable.” We were a bit too nice and decent about a lot of things we didn’t speak about that we should have been talking about, but I don’t want to say that’s inherently a negative thing.

Anya continues to stick by the remarks she claims were the cause of her Twitter account being shut, despite the reaction. “I didn’t want her to die. I didn’t order anybody to murder her. I didn’t say anything other than to wish her the suffering in death that she brought upon millions of people, “She spoke to The Cut. “No apology will be forthcoming from me. I maintain my position.”

»Parliament approved notes on Sept. 8 amid rumours of the Queen’s death«