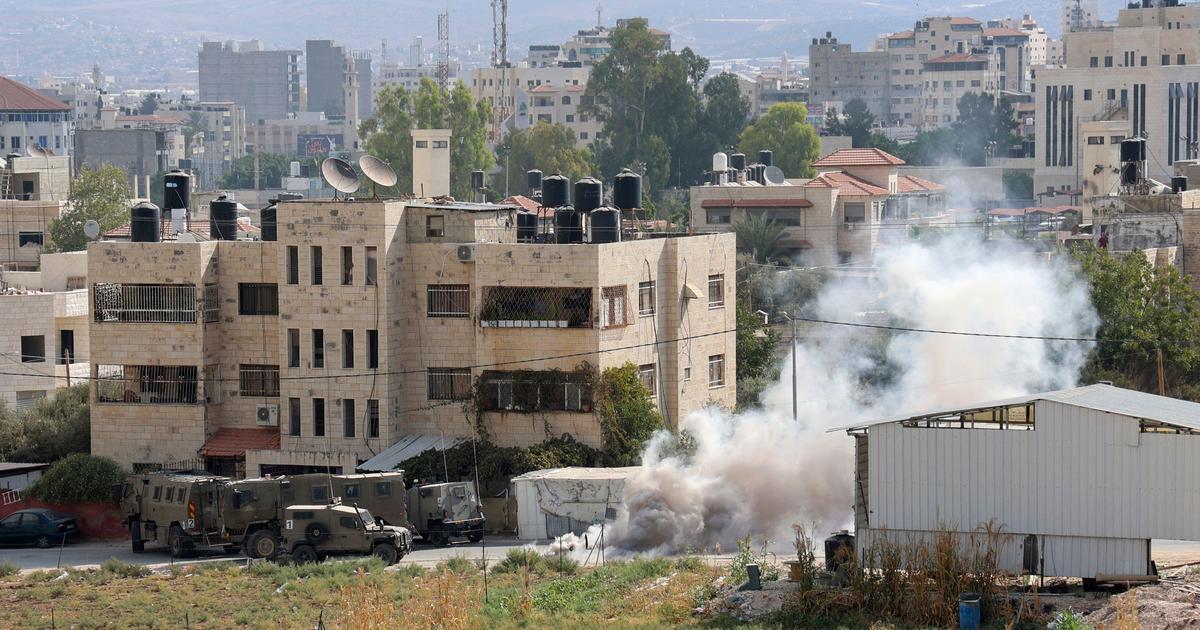 Soldiers invaded the camp and surrounded a house during the attack. In footage that were shared on social media, gunfire could be heard. At the time, Palestinian health officials reported that two 16- and 18-year-olds were murdered and eleven individuals were injured.

The Israeli army did not react immediately to a request for comment regarding the fatality on Monday.

Since a wave of attacks against Israelis in the spring killed 19 people, Israel has been conducting nightly arrest sweeps throughout the West Bank. The army reported that it had traced some of the attackers back to Jenin.

During his funeral on October 8, 2022, in the West Bank city of Jenin, mourners and relatives carry the body of a Palestinian man who was slain by Israeli soldiers. Ayman Nobani/Xinhua/Getty

Since 2015, more than 100 Palestinians have been killed by Israeli fire, making this the worst year in the occupied territory.

The great majority of those killed, according to the Israeli military, were terrorists or stone-throwers who posed a threat to the forces. During Israel’s months-long campaign, however, some civilians have also been slain, including a senior journalist and a lawyer who reportedly drove unknowingly into a conflict zone.

In response to the invasion of their neighborhoods, local youngsters who took to the streets have also been killed.

Israel claims the purpose of the arrest raids is to dismantle extremist networks. According to the Palestinians, the actions are designed to bolster Israel’s 55-year military control of territory they desire for an independent state.

Israeli authorities reported that hours after the tragic raid in the West Bank, a Palestinian gunman opened fire on an Israeli military checkpoint in east Jerusalem, killing a female Israeli soldier and wounded three others. On Monday, the search for the shooter continued.

It was the most recent bloodshed in east Jerusalem’s bloodiest round of warfare in seven years. It occurred a day before Israel began its weeklong Sukkot celebration, a period when tens of thousands of Jews visit the sacred city.

At a checkpoint near the Shuafat refugee camp in east Jerusalem, Israeli troops were shot. The perpetrator, according to the police, exited a vehicle and opened fire, critically wounded a female soldier and a security guard before fleeing into the camp. The army stated early Sunday morning that the 19-year-old woman had died.