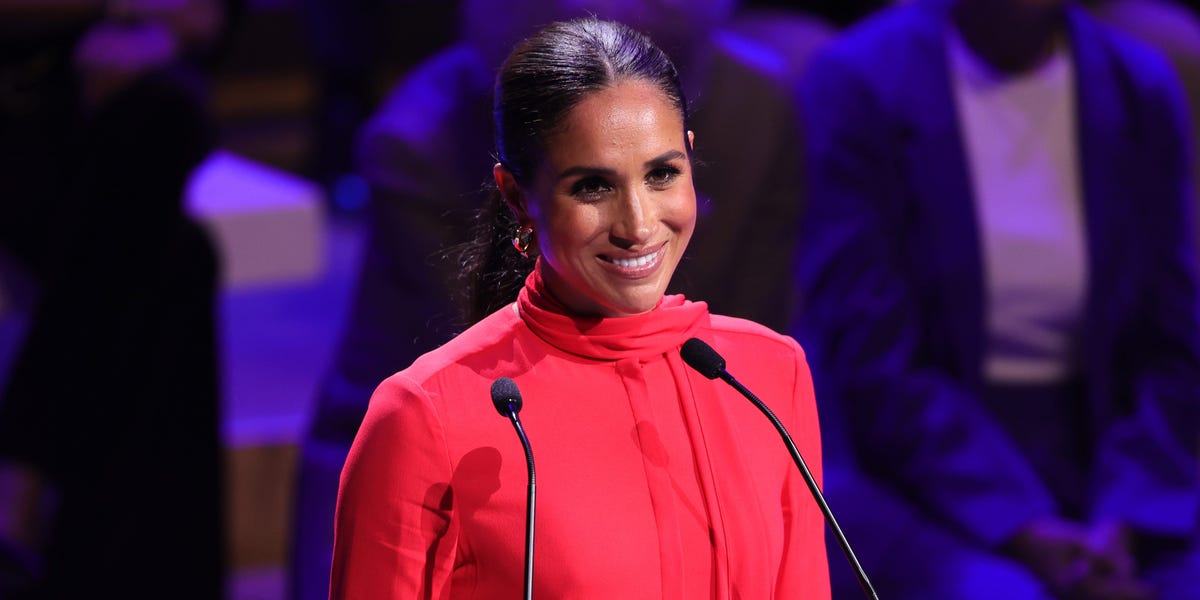 The Duchess of Sussex encouraged the next generation of leaders in her first address given in the UK in two years.

During the opening address of the four-day One Young World conference in Manchester, which brings together more than 2,000 young leaders to build change-making abilities, Meghan Markle made her comments.

Markle, who was dressed in a red pantsuit, said, “It is really great to be back in the UK.” And it’s great to see you again at One Young World.

The Duchess, 41, said that she had served as a summit counsellor since 2014, when she was “probably a lot like each of you.”

She was “young, ambitious, campaigning for the things I sincerely and profoundly believed in,” she continued.

Markle continued by describing how she first joined One Young World feeling anxious and uncertain of herself.

She questioned the crowd, “Have any of you today so far experienced that sensation that pinch-me moment when you simply think, ‘How am I here?'”

As the crowd laughed, she said that at one point she was simply referred to as “the chick from “Suits””.

She continued to comfort the crowd, which included, according to the One Young World website, “activists, humanitarians, world-leaders, business-leaders, thought-leaders, entrepreneurs, politicians, and innovators.”

Young people are often given advice on what they should do in the future, what they should embrace to correct mistakes made by earlier generations, and what legacy they should leave behind, according to Markle. However, we often overlook the fact that you’re already doing it.

The Duchess addressed the audience after her speech and said: “People frequently say that the time is now, but I’m going to go one step further and say that it’s also your time. The crucial task cannot wait until the next day.”

The pair recently visited the UK in June for the Queen’s Jubilee.

A spokesman for the couple told People magazine that they are “delighted to meet with numerous charity near to their hearts in early September.”