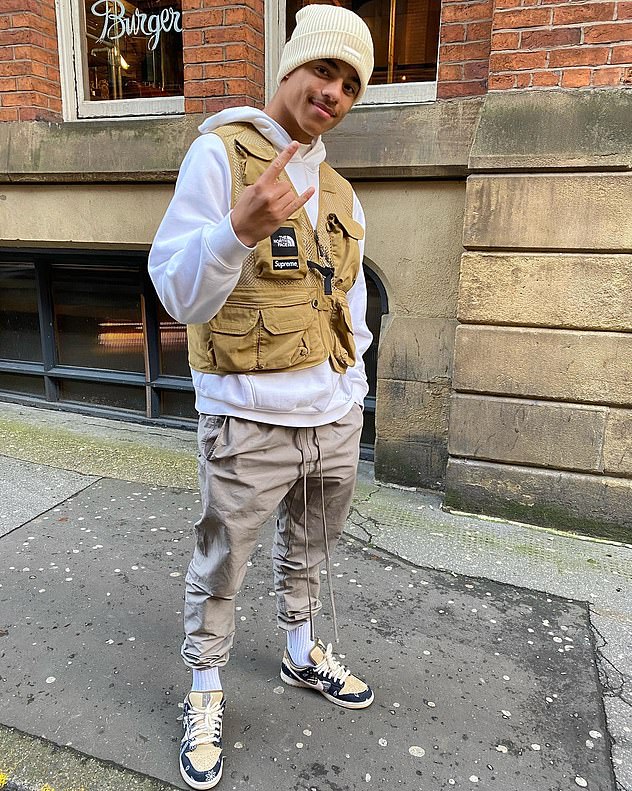 Mason Greenwood, a football player for Manchester United, has been dragged into court on charges of attempted rape, coercive behavior, and violence.

In a gray hoodie and grey jogging shorts, the England winger made his Monday appearance in the Manchester Magistrates’ Court dock.

The journalists and spectators, including members of his family, were seated in the public gallery. As he approached the courtroom, the 21-year-old was accompanied by two dock officers.

The footballer was first detained in January in connection with claims involving a young woman after pictures and videos were uploaded online.

He had since been released on bond, but on Saturday he was taken into custody in the Trafford area for allegedly breaking his bail terms.

On Saturday, just after 4 o’clock, the Crown Prosecution Service (CPS) announced that it had given the Greater Manchester Police permission to prosecute Greenwood.

‘The same complainant is involved in all three charges.

According to reports, the attempted rape happened in October 2021.

While the allegation of assault causing real bodily injury is dated December 2021, the controlling and coercive behavior is related to the time between November 2018 and October of this year.

The Crown Prosecution Service reminds all parties involved that the defendant is the subject of ongoing criminal proceedings and has a right to a fair trial, Ms. Potter said.

“It is crucial that there be no internet reporting, comments, or information sharing that might in any way jeopardize those proceedings.”

The striker, who has made one appearance for England, was prohibited from playing or practicing with the Old Trafford club hours after the claims went viral online at the start of the year.

Greenwood’s sponsorship agreement with Nike was put on hold and ultimately canceled, and Electronic Arts’ Fifa 22 platform verified his removal from active teams.