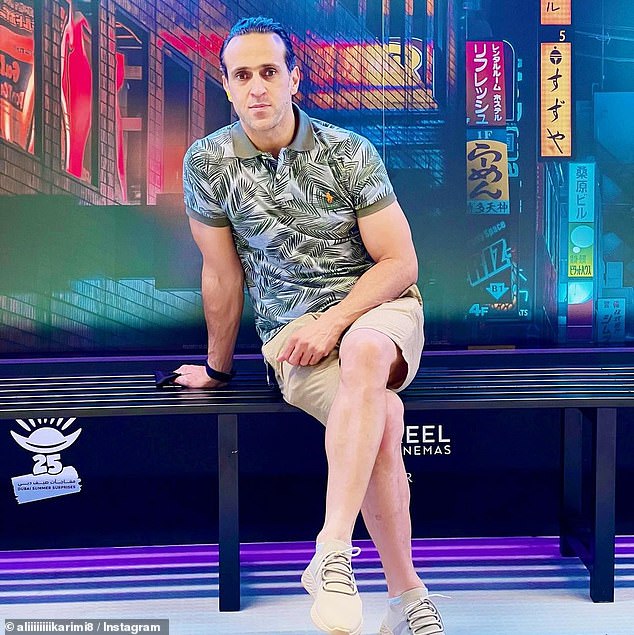 To his more than 11 million Instagram followers, Karimi has shared a number of anti-government proclamations and suggestions for people attempting to get over the government’s digital censorship.

an IRGC mouthpiece The so-called “rabble-rouser” should be “dealt with,” the Fars News Agency ordered Tehran police to do.

In 2004, he was selected the Asian Footballer of the Year.

Following the death of Mahsa Amini, 22, in police custody last Friday, Karimi has subsequently emerged as a surprising important voice amid a national outcry.

Police are believed to have arrested her and brutally abused her for “not wearing the veil appropriately.”

In 2020, Iran’s Supreme Leader Ali Khamenei made the widely quoted statement that women who are poorly veiled “shall be made to feel insecure.”

In a tweet sent to his more than 400,000 followers on Thursday, Karimi said to his country’s army, “A homeland is waiting for you.” Do not allow innocent people to be killed.

Last week, he also posted on Instagram about powerful people: “Their children leave [the country]; our children perish.”

Ben Charedi, the founder of the Iranian football team in London, told The Telegraph that Karimi’s enormous popularity among Iranian adolescents had more to do with his political beliefs than with his exceptional sportsmanship.

He has never submitted to the regime,

Iran’s president, Ebrahim Raisi, stated Wednesday that the nation must “deal forcefully with those who oppose the security and tranquillity of the nation.”

While celebrities like Games of Thrones actress Sophie Turner, Sharon Stone, and Hailey Bieber have joined the protests, Tehran residents have compared protest scenes to “a battle zone.”

Police allege that Mahsa suffered a heart attack, but a witness says that before going into a coma, Mahsa was abused in a custody van.

Her distressed relatives, who claim she had no underlying medical conditions and that they could see marks on her body, are fighting for the truth.

Women in the nation have been observed burning headscarves and hijabs in public places and photographing themselves doing their own hairstyles.

People are also speaking out in favor of women’s rights all across the world. In Madrid, Spain, the radical feminist activist group Femen staged a semi-naked demonstration in front of the Iranian embassy.