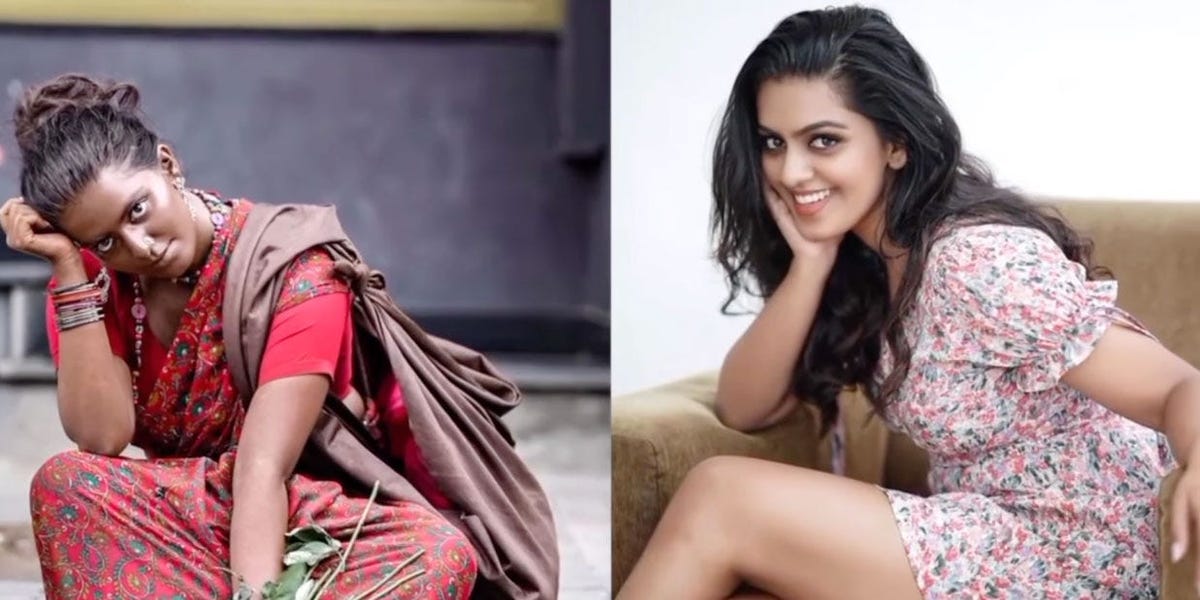 Ansha Mohan, an Indian influencer, is experiencing heat for darkening her face with cosmetics and ostensibly portraying a street vendor in a series of Instagram videos uploaded over the past month.

In a clip titled “No one has ever gotten poor by giving,” dated October 19, Mohan appears to be selling roses on the street, with one couple rejecting Mohan’s extended rose and another woman accepting it. In others, roses fall from her bag and are picked up by a passerby.

Commenters slammed Mohan for darkening her skin with cosmetics, calling it an exploitative example of colorism and accusing the influencer of “appropriating casteism and classism for money” and “pretending to be impoverished for views.”

Despite the unfavorable comments, the influencer has shared additional images and reels from the photoshoot to her Instagram since her initial post of the series captioned with the hashtag #photoshoot “What is more sensual in black? Answer: humans “on August 16.

On Twitter, some have defended Mohan’s activities as “positive” — designed to raise awareness of the economically exploited or to demonstrate that “black skin can also be attractive” — while the majority have condemned the photographs and videos as insensitive, exploitative, and disrespectful.

On Twitter, a frustrated user responded to Mohan’s defense by stating that the intentions to help people with dark skin who face colorism or those who experience poverty would have been better served by hiring an actual dark-skinned person who sells flowers so that they could directly benefit from Mohan’s work.

then have an actual dark-skinned person who sells flowers for a living perform the photo shoot and pay them the appropriate fee/royalty?!

A wealthy light-skinned individual who darkens their skin to gain influence and financial gain is not making the statement you believe.

Ansha Mohan did not answer to Insider’s request for comment immediately.