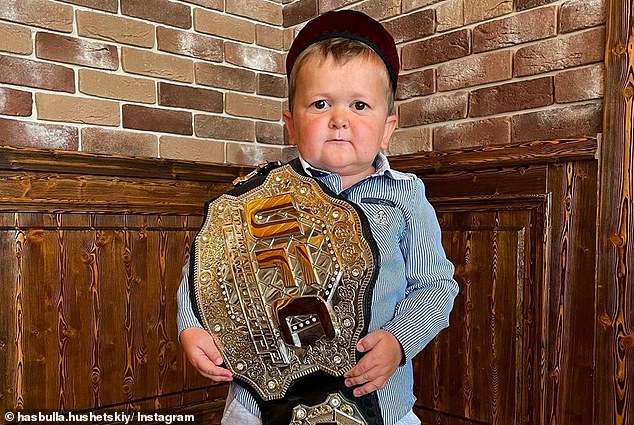 Hasbulla Magomedov, a diminutive social media celebrity, will be Islam Makhachev’s cornerman for his world championship battle against Charles Oliveira at UFC 280 in Abu Dhabi later this month.

He was seen standing at Islam Makhachev’s side following his victory against Dan Hooker in October, but he will now formally be in the Russian’s corner when the two square off for the vacant lightweight championship.

The revelation, which Makhachev’s manager Ali Abdelaziz verified on Sunday, has the diminutive prankster’s followers buzzing.

Conor McGregor, who has been engaged in a protracted online spat with the 19-year-old Russian, is one guy who isn’t a fan.

The Irishman recently referred to Hasbulla as a “gimp,” “a disgusting little inbred,” and claimed he would want to kick him over a goal post.

Hasbulla, who is close friends with McGregor’s protracted adversary Khabib Nurmagomedov, has previously made fun of the Irishman and quickly responded.

I don’t follow losers… tweeted Hasbulla, “didn’t realize someone was running their mouth.”

He said, “At least one of us maintained a perfect record. McGregor 0 Hasbulla 1

Hasbulla was given a spectacular five-year deal by Dana White in early September in exchange for a promotional role, which may have put an end to their ongoing altercations.

With a 10-fight winning run that includes important wins over Bobby Green, Dan Hooker, Drew Dober, and Arman Tsarukyan, Makhachev will enter the battle with Oliveira as the slight favorite.

With victories over Gaethje, Poirier, and Michael Chandler in his most recent world championship fights, Oliveira is by far Makhachev’s toughest opponent in his 23-fight career.

When Hasbulla started sharing videos of himself doing risky pranks and stunts on Instagram and TikTok in the latter half of 2020, he quickly gained international notoriety.

Hasbulla quickly developed a sizable online following, including 2.1 million followers on Instagram and more than 4.7 billion views on TikTok, because to his alluring childish looks and confident demeanor.