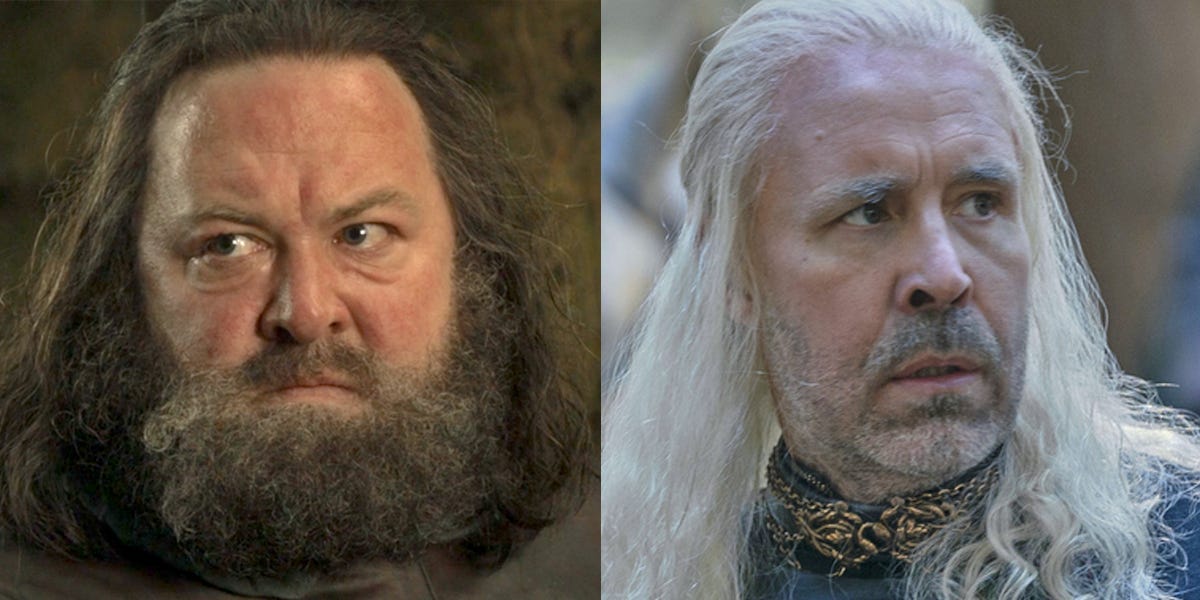 Nobody anticipated that HBO’s adaptation of author George R.R. Martin’s “A Song of Ice and Fire” book series would go on to become one of the most watched TV programmes of all time.

According to Variety, “Game of Thronesfirst “‘s season had an average episode cost of roughly $6 million. Martin’s least favourite moment in all eight seasons was caused by this lower budget, particularly in comparison to following seasons with $15 million episodes.

Reporter James Hibberd wrote a book titled “Fire Cannot Kill a Dragon” about the HBO series back in 2020. Author Martin said that King Robert’s royal hunt was very different in the programme than in his conception while conversing with Hibberd for the book.

My least favourite sequence in the whole programme, spanning all eight seasons: King Robert going hunting, was when we truly ran short in terms of money, according to Martin.

“When Robert goes hunting in the novels, we learn that he was trampled by a boar, and when they bring him back, he passes away. I thus never created [a hunting scenario].”

However, he said, “I understood what a royal hunting party was like. “There would have been 100 men.

“He wouldn’t simply have gone strolling through the woods with three of his companions wielding spears expecting to encounter a boar,” Martin said.

The “Game of Thrones” scene, which lasted less than two minutes, only included King Robert, Ser Barristan Selmy, Renly Baratheon, and Lancel Lannister. It was from season one, episode six, “A Golden Crown.” The guys spoke about having sex and the good old days, at least in Robert’s view, and then the remainder of the hunting activity happens off camera.

The adaptation decisions made by showrunners David Benioff and D.B. Weiss have to fit their limited budget.

Instead of recording the lavish celebration, ceremony, and war sequences that Martin had in his mind, they included several shots of a few actors conversing in rooms.

But more than ten years later, with a greater budget of less than $20 million each episode, the first “Game of Thrones” prequel series was approved.

The most recent “House of the Dragon” episode draws copious comparisons to the fleeting “Game of Thrones” Kingswood sequence.

We get to witness the entire staging of a royal hunt in Kingswood in season one, episode three of “House of the Dragon,” replete with the pavilions, huntsmen, and hounds Martin mentioned in “Fire Cannot Kill a Dragon.”

Ryan Condal, Miguel Sapochnik, and Greg Yaitanes, who directed the episode, made the most of the funding to give Westeros a more expansive setting early in the life of the programme.

In order to assist the viewer get familiar with this locale, the programme takes the time to zoom out and show the Red Keep and King’s Landing in the distance.

When King Viserys goes to hunt a deer, he is followed by well over a dozen troops, warriors, and lords, and we witness an ornate miniature royal chamber that was erected in a tent for him.

King Viserys indulges in copious amounts of wine throughout this little trip, but the results are quite different from those of King Robert.

In “House of the Dragon,” we see how King Viserys’ troops locate the stag first and tie it up, providing Viserys with a clear opportunity to shoot it (but he still messes up the first time).

Although we were unable to witness Robert’s assault on the boar, we do know that his inebriation and insistence that another soldier who was better qualified take care of the animal killed him. King Robert was killed by the boar, who gored him in the torso.

However, “House of the Dragon” draws more parallels than just one. In the episode, Princess Rhaenyra was shown defending herself by fending off a boar, killing it with a flurry of close-range knife stabs, and then calmly returning to the royal tent while coated in the pig’s blood.

If there are two main lessons to be learned from this episode, they are that Rhaenyra Targaryen can succeed where King Viserys and King Robert failed, and that “House of the Dragon” is doing all it can to make Martin’s dreams come true.

HBO broadcasts “House of the Dragon” on Sundays at 9 p.m. ET. Read our list of the top 11 details from the most recent episode to learn more about the series.