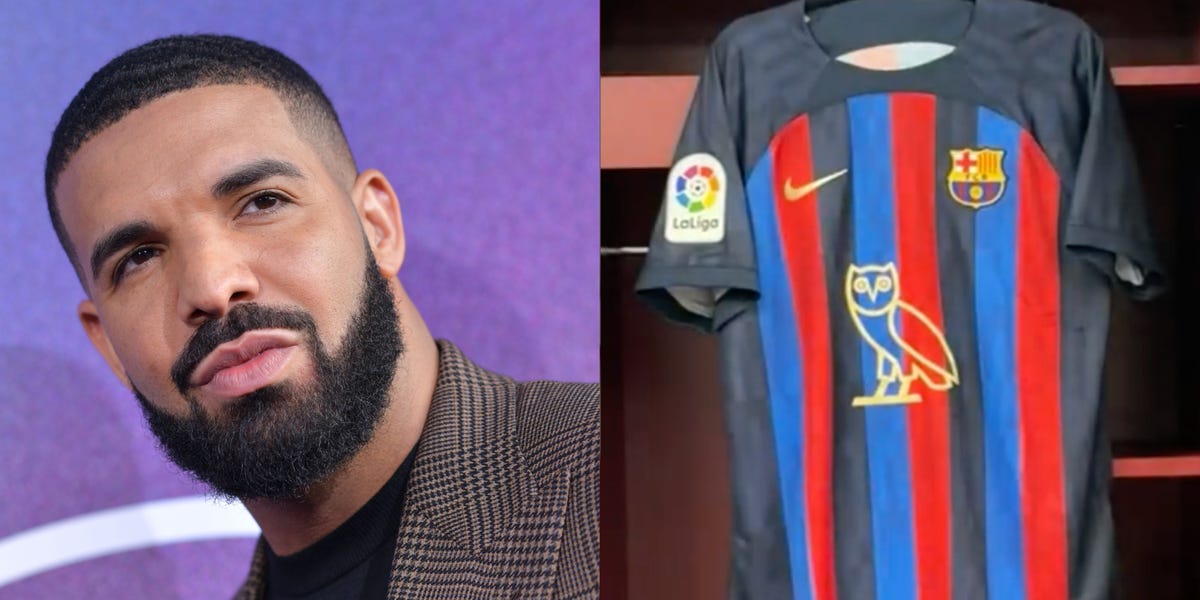 In honor of the fact that he is the first artist to reach 50 billion Spotify plays, rapper Drake will have his emblem on FC Barcelona’s jerseys for the team’s match against rival Real Madrid on Sunday.

On Barcelona’s jersey, Drake’s distinctive owl design will take the place of the Spotify logo, which has been the team’s sponsor since March.

In honor of the 35-year-old musician’s accomplishment, Barcelona players will warm up in jerseys with the number 50 on the back.

Marc Hazan, Vice President of Partnerships at Spotify, stated, “We were incredibly happy to celebrate one of the greatest games of the year and recognize Drake’s milestone.”

There is no larger platform than El Clásico, as we have always said that we want our relationship to be a celebration of fans, players, and artists on a worldwide scale.

According to AS, more than 650 million people watched the most recent derby game between Barcelona and Real Madrid, often known as El Clásico, in more than 180 different countries.

Juli Guiu, vice president of marketing for Barcelona, stated: “Our partnership with Spotify extends beyond a purely business arrangement. It is a strategic alliance that aims to unite the football and music industries, two industries that have the power to evoke strong emotions.”

“This doesn’t seem real, but it is,” Drake, who has 11 number-one albums on the Billboard 200, posted on Instagram.

Barcelona is the first soccer team to have a musician’s name on their uniform, although many other teams have done it in the past.

Ed Sheeran agreed to sponsor the men’s and women’s kits of his old team Ipswich Town for a year in May 2021.

While Dutch team Ajax had a third uniform that also paid homage to the reggae legend last season, Irish club Bohemians have an away shirt this year that bears Bob Marley’s visage.

While West Ham United has already worked with musical royalty Iron Maiden, The Rolling Stones has its own range of PSG goods, including jerseys.