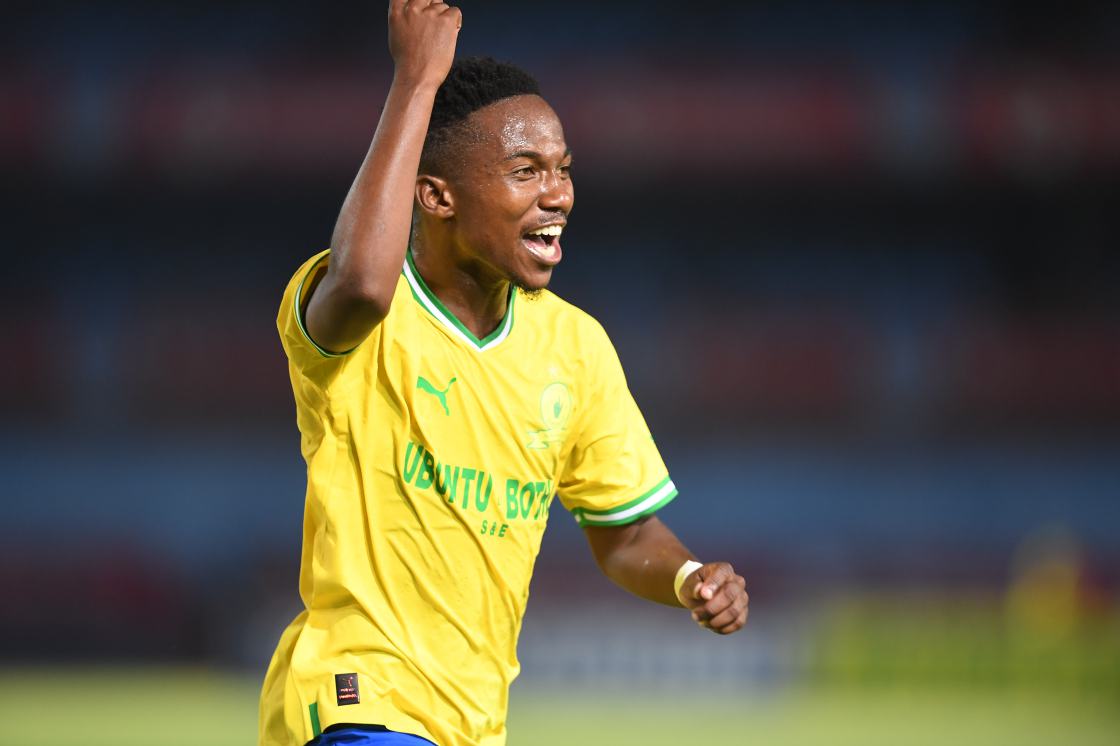 Mamelodi Sundowns look to successfully defend their Premier Soccer League crown after moving three points ahead of second-placed Richards Bay in the DStv Premiership standings. Masandawana are preparing to face a resolute Royal AM team on Saturday at Chatsworth Stadium before taking their annual FIFA Break.

Cassius Mailula, a newly promoted member of The Brazulians, has been a pleasure to watch since breaking into the senior team from Masandawana’s academy side. The 21-year-old was outstanding against Maritzburg United on Tuesday evening, scoring a brace in his first full encounter in the league.

It was a very critical game for us to win because we had just lost a very significant game the previous weekend, so we needed to bounce back strongly and ensure that we redeemed ourselves and also finished the season properly.

Bafana Ba Style dominated their game against Team of Choice with a barrage of goals from Thapelo Morena, who was awarded the Man of the Match award, while Mailula and Haashim Domingo each scored twice to ensure a well-earned victory. After making his debut in the CAF Champions League a few weeks ago, Mailula scored a hat-trick against La Passe FC of Seychelles, followed by a brace in the league. The 21-year-old attacker seemed to fit in like a glove with the star-studded side.

“I believe it was a terrific performance on my part, because scoring is the most essential aspect. If I don’t score, the team won’t win, so it was a great contribution to the team’s victory, and I’m delighted I even earned a brace from that game.”

After three consecutive losses in the DStv Premiership, the KwaZulu-Natal team returned to victory by defeating Golden in a Durban derby. The match between the two clubs will be the first of the season, and everytime they meet, they always provide a thrilling contest. Bafana Ba Style are currently

Mailula, who has been triumphant in the last three encounters with Thwihli Thwahla and the young Brazilian, is aware of the threats that the home team may present on Saturday and offers a strategy that might help the side win.

“It’s not going to be an easy game now that they have the confidence and belief that they can actually win this game, given that they’ve lost their last three games and haven’t been performing well. I believe that Saturday’s game will be a really nice one, since everyone on our team is prepared and everything is going well so far.”

“[We will play with] the same mentality; in the first half against Maritzburg, we displayed a really high level of intensity.” We were pressing them hard and being aggressive; we did everything as a team and assisted one another.”

“I believe that the team’s mentality was positive, as everyone was eager to put in extra effort. As you are aware, Royal AM is a tough team that like pressing and playing. In this game, we will need the same mindset as we did in the first half against Maritzburg.”

Royal AM will face Mamelodi Sundowns in the DStv Premiership on Saturday, August 29 at Chatsworth stadium. The game will be broadcast live on SuperSport at 18:00.

»Everyone was jogging and ready to work hard. Mailula«