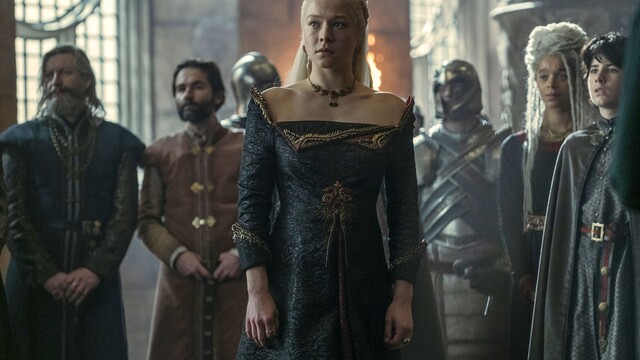 Director Geeta Patel of “House of the Dragon” stated that King Viserys perished at the end of episode eight.

The monarch, portrayed by Paddy Considine, has been steadily declining throughout the season owing to an unexplained sickness. Viserys is implied to have passed away in bed at the conclusion of the most recent episode. The audience hears Viserys calling out “my love” while exhaling heavily and raising his hand. After exhaling, the screen turns to black.

Patel stated in an interview with Entertainment Weekly that the final sequence was a “litmus test” to determine whether or not the audience cared when Viserys died.

“Each time we viewed or considered the film, when we reached the final scene, did we feel what we desired?” Patel elaborated. “Did we experience loss? Did we feel that Viserys’s narrative has been told? Did we sense that he loved his deceased wife? Did he cherish Alicent? Did he love Rhaenyra? Did he have any regrets? Did we experience the complexity of Viserys for better or for worse?”

The filmmaker went on: “So, there was always the point at which I would evaluate myself, after which I would return to the drawing board and consult with Miguel and Ryan. Even the actors were continuously attempting to ensure that the final scene was effective.”

Now that Viserys has gone, the civil war known as the Dance of Dragons in the “Game of Thrones” book series may commence. The looming civil war centers on the struggle between half-siblings Rhaenyra (Emma D’Arcy) and Aegon II for the throne (Tom Glynn-Carney).

Viserys had initially designated Rhaenyra as the next queen. However, in episode eight, Viserys reveals Aegon the Conqueror’s dream to his second wife, Alicent Hightower (Olivia Cooke). Alicent appears to interpret this as evidence that her son Aegon should be king instead.