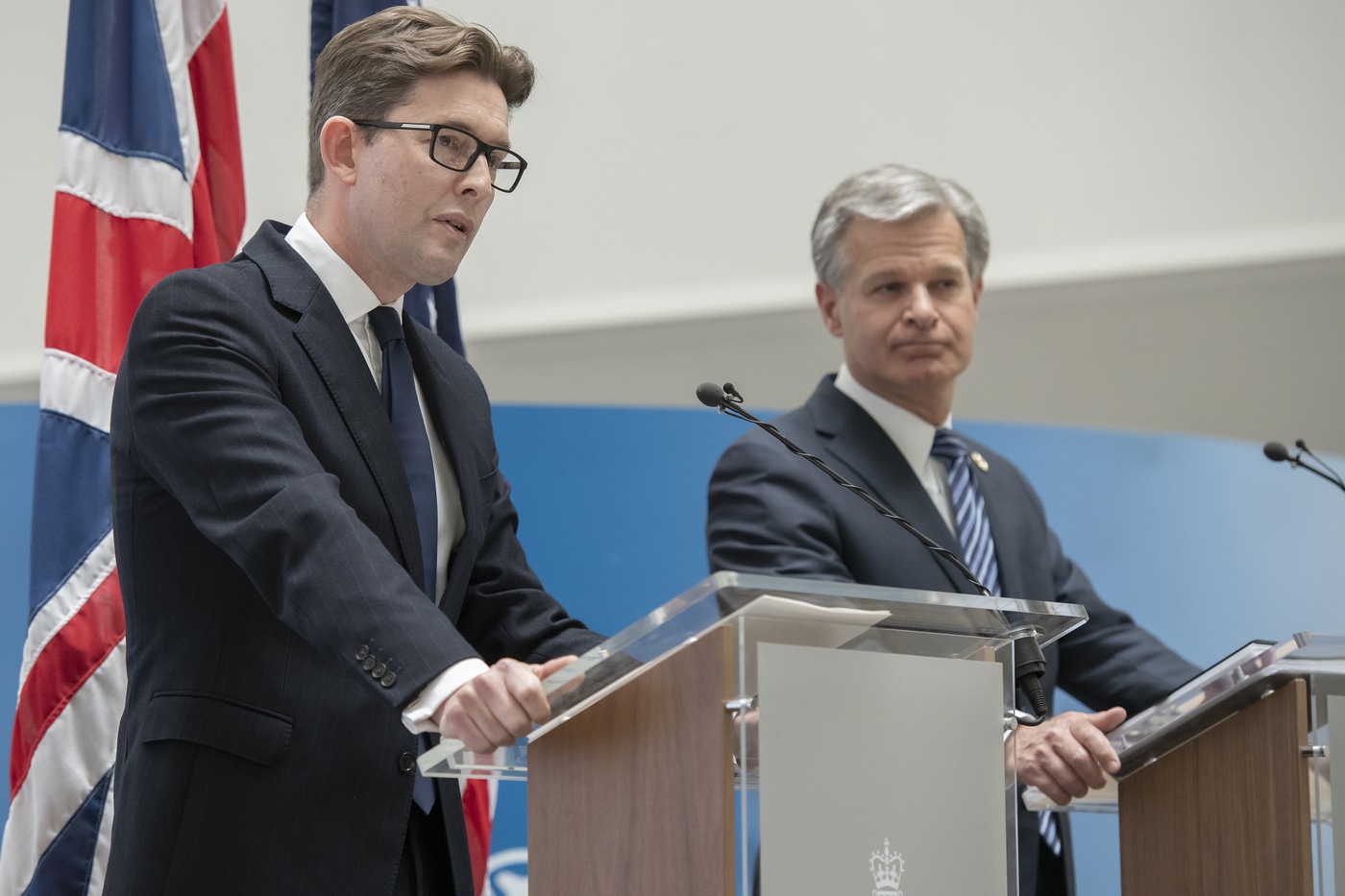 Business leaders were advised by FBI Director Christopher Wray and UK MI5 Director General Ken McCallum to be mindful of the Chinese government’s threat and support the government agencies in preventing China from stealing their proprietary information.

“By volume, most of what is at risk from Chinese Communist Party aggression is not, so to speak, my stuff. It’s yours,” McCallum said. “The world-leading expertise, technology, research, and commercial advantage developed and held by people in this room, and others like you.”

The Chinese government has a longstanding practice of hacking and stealing proprietary information to try to get an economic advantage.

Wray also discussed the threat posed by China and stressed the value of collaboration in addressing it. The two leaders are here for the first time to discuss a global threat with a group of influential business and intellectual figures.

“We’re not just in the business of articulating problems, we’re doing something about them, together with MI5, with the private sector itself, with other government partners,” Wray said.

Wray urged the business leaders to collaborate with the FBI and MI5 so they can have the suitable intelligence about this threat. The data can also assist businesses in determining if working with China is worth the potential loss of confidential data. Companies must consider the long term when making judgments about China, much as the FBI and MI5 do when assessing the threat.

“Maintaining a technological edge may do more to increase a company’s value than would partnering with a Chinese company to sell into that huge Chinese market, only to find the Chinese government and your ‘partner’ stealing and copying your innovation,” Wray said.