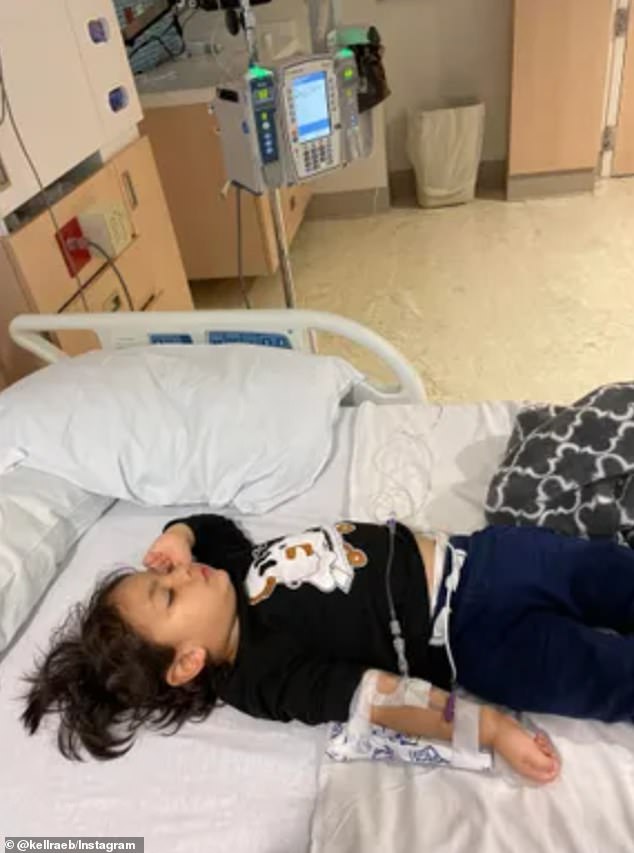 A Des Moines hospital gave an Iowa youngster a “megadose” of opioids while he was recuperating after having his tonsils removed. The hospital claimed a cyber-attack for the incorrect dosage.

Three-year-old Jay Parsi of Urbandale had his tonsil removed on September 30, but he returned to the hospital a few days later because he continued to have trouble eating and drinking.

On October 3, his doctor strongly advised the infant to return to the emergency hospital for fluids.

The hospital had experienced a cyber-attack, and some systems had been knocked down at MercyOne Children’s Hospital, forcing staff to treat patients without computerized access to data and ordering medicine, his parents Kelley and Raj discovered while they waited for their son to get fluids.

Jay was finally brought to the hospital for the night, and the following morning he was given an opiate (Tylenol with codeine) along with a steroid.

Later, a resident doctor entered the room to tell Kelley that her kid had received an excessive amount of painkillers according to his height and age.

According to the Des Moines Register, the doctor explained to the family that the hospital had to manually administer and order doses since the computer system was down.

According to Kelley, who spoke to the Register, “They never did explain how a downed computer system led to this.”

I believe they were attempting to claim that it was written incorrectly or that the pharmacist misread it, but why wouldn’t anybody check?

“It was a horrible, horrible experience…

We had no idea what to do.

The medical personnel placed Narcan in Jay’s room due to the “megadose” in case his heart rate or oxygen levels dropped.

Jay was observed for six hours without experiencing any drug side effects. Since Jay resisted the nurse while they were giving him the medication, Kelley is suspicious that he did not take the whole dose.

The family said that despite their son’s safe return home, they are now “scared to death” to visit the hospital once again.

On October 3, MercyOne said it was experiencing a “IT security problem” and grew concerned about a possible cyber-attack. Investigations into the event are still ongoing.