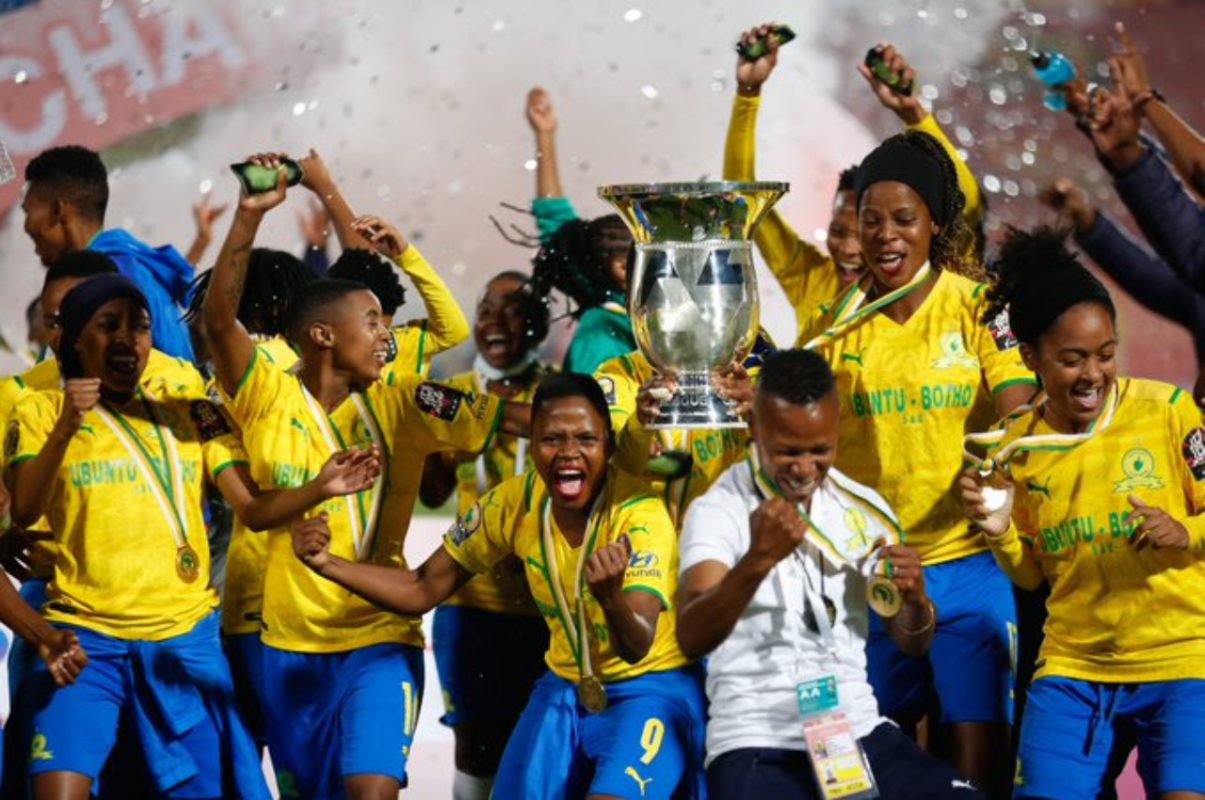 After successfully defending their Hollywoodbets Super League title, Mamelodi Sundowns Ladies will turn their attention to the CAF Women’s Champions League in an effort to replicate the accomplishment.

The Brazilians enter the continent’s best women’s event in excellent condition, having won the Hollywoodbets Super League with a number of games remaining.

The Brazilians have amassed 73 points through 24 victories in 27 games, while scoring 112 goals and allowing only 11 times. Banyana Ba Style has also accomplished a +101 goal difference.

Despite their domination, Captain Zanele Nhlapho believes that this season has been one of the most difficult of her career.

“We are ecstatic to have completed the league and to be competing in the CAF Women’s Champions League. Although our league statistics are pretty impressive, achieving them this season was quite challenging. Several opponents attempted to neutralize our offensive prowess by employing low defensive blocks; consequently, they were more tough to defeat. The fact that teams are spending in top players and skilled coaches indicates that the league is developing. “It was one of my most difficult seasons as a professional athlete,” the skipper said.

The Brazilians have been placed in Group B alongside Nigeria’s Bayelsa Queens, Egypt’s Wadi Degla, and Congo’s TP Mazembe for this year’s championship. Group A consists of AS FAR from Morocco, Simba Queens from Tanzania, Green Buffaloes from Zambia, and Determine Girls FC from Liberia.

Banyana Ba Style won the renowned competition for the first time in history with a 2-0 victory over Ghana’s Hasaacas Ladies in the championship match of the previous season. The champions of the Hollywoodbets Super League accomplished this accomplishment without allowing a single goal.

In addition, Nhlapho believes that the team’s winning mentality and tenacity will face greater challenges in this year’s competition.

“The difficult competition we faced in the Hollywoodbets Super League prepared us for what to expect in Morocco.” Multiple teams will attempt to be the first to score against us and ultimately dethrone us. We are well aware that we will be competing against some of the greatest women’s teams in the world. Several new teams will be competing, so we will need to be on our game for the entire battle. Captain Zanele continued, “We do not take any team for granted, and we must remain watchful at all times in Morocco.”

The CAF Communication Department revealed this week that the winners of the 2022 CAF Women’s Champions League will receive a $400,000 cash reward, while the runners-up will receive $250,000.

Morocco is slated to host the main women’s event on the continent from 30 October to 13 November 2022.

On October 31, 2022, Sundowns Ladies will play against Bayelsa Queens of Nigeria in their debut match.