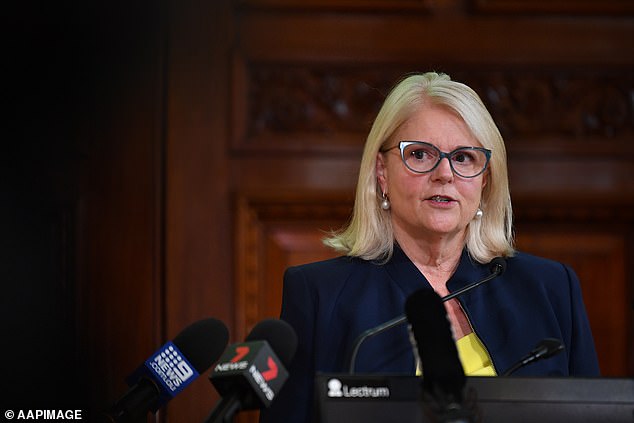 The federal government’s intentions to return scores of Australian women and children from detention facilities in Syria are being questioned by the opposition.

The Labor administration will put into action a rescue operation to bring 16 women and 42 children who are relatives of Islamic State fighters and have been detained in the al-Roj detention camp in northeast Syria close to the Iraqi border. They were taken there by the Islamic State.

The family may now return to Australia thanks to a covert ASIO expedition into Syria, The Australian reported on Monday.

Since the end of the Islamic State in March 2019, they have spent three and a half years in custody.

Some of the ladies claim they were abducted against their will to the Middle East.

When she served as the appropriate minister in the last administration, opposition home affairs spokesperson Karen Andrews claims she withheld her approval owing to the possibility of deploying Australian officials abroad and worries about radicalization.

According to her, there has always been a very strong perception that women, in particular, went there voluntarily and were largely complicit in the role they were expected to play in supporting ISIS and foreign fighters.

Having them back in the community, according to Ms. Andrews, “presented an unwarranted danger and significant expense.”

“I have not seen anything to change my opinion.”

Tanya Plibersek, a federal front-runner, emphasized the need of the women and children receiving counseling as soon as they arrive.

She told the Seven Network, “We have roughly 40 Australian kids living in one of the most hazardous locations on earth in a refugee camp.”

Some of the women, the moms, were brought there when they were barely adults and married off to ISIS members. Some of them were compelled to travel there while others were duped.

The minister for Labor said that it will be expected of security agencies to maintain touch and keep tabs on people being sent home.

Dan Tehan, her colleague and the spokesperson for the opposition on immigration, said that it seemed that following the alleged mission, the security environment had altered to permit the return.

However, he went on to say that anybody who breached the law, such as by entering proclaimed zones where visits were prohibited by the Australian government, should be prosecuted.

He told Sky News, “If they have breached the law, certainly, they should be prosecuted.”

Ms. Andrews predicted that some of them would face charges and go to jail once they returned to Australia.

Senator Jacqui Lambie, an independent, questioned why the report had been published in the press before the mission was finished.

She told the Nine Network, “This is really rather shocking from ASIO to suggest that they’re going to do this when they haven’t done it yet.”

In addition, she questioned why the administration hadn’t been able to send Afghan interpreters who were being pursued by the Taliban for aiding coalition troops in the conflict.

She said, “They appear to have given up on (them).

In 2019, Peter Dutton, who was then the home affairs minister, downplayed the possibility of repatriation by asserting that some of the women would “come back here and commit a mass casualty catastrophe.”

According to a representative for Home Affairs Minister Clare O’Neil, any decision about repatriation is based on national security advice, therefore “more comment would not be acceptable,” as reported by the ABC.

Matt Tinkler, CEO of Save the Children Australia, has advocated for the women and children’s return and told the ABC that it would be “wonderful news” if they were.

He said, “These are innocent families and children who have been in these camps for more than 3.5 years.”

“Over the last several years, children have perished in these camps. Some of the Australian youngsters are very underweight and have experienced serious emotional injury, as I personally seen.

The time for their return cannot arrive soon enough.

»Bringing ISIS women and children home might be dangerous«