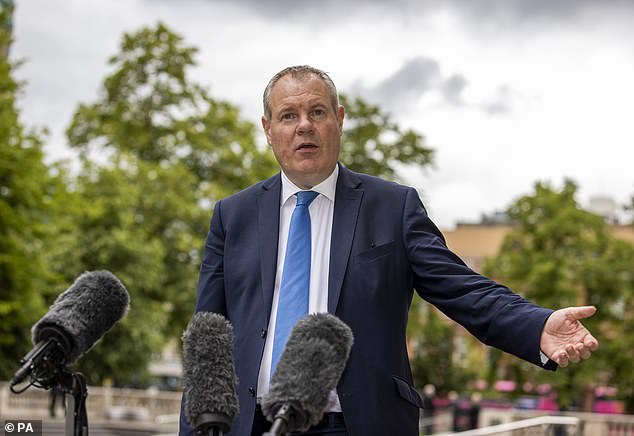 According to reports, one of Boris Johnson’s parting honors would be a knighthood for a minister who was fired after charges of misbehavior.

After witnesses said Conor Burns groped a young man’s thigh at a hotel bar last week, he lost his government job and had the Tory whip taken away.

The former commerce minister apparently found out about the honor the same day.

Liz Truss is put in a delicate position by the impending knighthood since he may get it while being looked into by Conservative Party headquarters.

Nadhim Zahawi, a cabinet member, supported the PM’s decision to “swiftly” fire Mr. Burns yesterday, claiming that he had been handled properly.

The alleged encounter happened early on Tuesday at the Tory party conference in a Birmingham hotel bar.

The innocence of Mr. Burns has been contested. The tenth person refused to speak.

Zahawi predicted that when the probe is over, the PM would make “additional decisions.”

While it conducts an investigation into claims that Mr. Burns touched a young man’s thigh at the convention in Birmingham last week, the Conservative Party has suspended Mr. Burns’ whip.

The MP promised to cleanse his reputation and promised to “completely cooperate” with the investigation.

When asked on Times Radio today whether he believed Mr. Burns had been treated fairly, Mr. Zahawi said, “I do.” There may be an investigation going on, in my opinion.

“The Prime Minister took rapid action on this, and now let’s wait to see how the inquiry turns out.”

When asked whether it had been appropriate to suspend Mr. Burns rather than fire him as a minister, Mr. Zahawi said, “I believe it’s essential that she made a choice on this and that the inquiry will then report back and she will make another judgment on this.”

»Boris Johnson may knight a fired minister, according to rumors«